As telecommunications, trade and travel close the distances between peoples and cultures, “think global” has become the byword of recent decades. William & Mary is going one step further, weaving international and cross-cultural perspectives into academic study throughout the liberal arts education.

And those opportunities are set to increase with the new general education curriculum, or COLL, which requires that all undergraduate students undertake a meaningful, cross-cultural intellectual exercise, usually in their third year.

So how does William & Mary do it? The short answer is a powerful coalition that integrates the resources of Arts & Sciences faculty, the Roy R. Charles Center for Academic Excellence and the Reves Center for International Studies.

“The experiences we’re offering students are cross-cultural, and involve a level of intellectual cation is all about,” says Arts & Sciences Dean Kate Conley. “We ask students to synthesize their knowledge and experiences; to make space for understanding different points of view, different perspectives, different ways of seeing and thinking.”

Faculty weave international and cultural perspectives into the course content of every academic discipline. The new general education curriculum highlights this through COLL 300, “In the World,” a three-credit course offering students the chance to connect with people, places and ideas that expand how they see themselves.

But that doesn’t necessarily mean leaving campus. W&M is offering three options for undergraduate students in the new curriculum — on-campus, study-away and study-abroad.

The on-campus option recognizes that “we, too, are part of the globe,” Conley explains.

“We’re inviting high-level, high-profile speakers to campus and inviting faculty to integrate these visitors into their courses. While the courses may be taught in any discipline or from any perspective, our COLL 300 students have the shared experience of hearing the same speakers talk about global questions, whether it’s a Chinese activist, a former ambassador to the United Nations or a sculptor from France.”

This spring, the Center for the Liberal Arts, with support from the Reves Center, is bringing Haida artist Robert Davidson to campus as a pilot. When he was 22, Davidson carved and raised the first totem pole his Haida Gwaii hometown had seen in 90 years as an “innocent gesture,” a gift to his elders that helped ignite a cultural resurrection in the Pacific Northwest.


Off-campus, specially designed COLL 300 offerings include both study-away and study-abroad, building on the strengths that have made William & Mary first among public universities for the percentage of undergraduate students studying abroad, with over half engaging in study-abroad prior to graduation. All credit-bearing study-abroad courses offered through Reves will count for the COLL 300 curricular requirement.

Another way to fulfill COLL 300 is through study-away offerings at the Charles Center. “We use ‘study-away’ to talk about opportunities for students to study in a different location, either domestically or internationally, as part of a semester program that takes place on campus,” Conley explains. The bulk of the work is done at William & Mary and augmented by research travel.

Study-away includes spring and winter research trips, such as archaeological excavations in Hawaii or the study of medieval manuscripts in Spain. The biennial trip to the U.S.-Mexican border is a perfect example. Students undertake a three-credit course at William & Mary before leaving for a week at the border. Returning home, they complete research projects.

“When a student works on a Native American reservation in the U.S., that’s at least as much of a robust cross-cultural opportunity as going to many international areas,” says Joel Schwartz, Charles Center director. “We’ve been able to break down hard divisions between domestic and international study.”

The Charles Center funds student research travel through a dizzying array of grants, scholarships, fellowships and honors and academic programs, any of which could include domestic or international study-away opportunities.

“We have a much longer history here and a much larger dedication to integrating study-away and study-abroad into the academic program and of making them serious intellectual endeavors for students,” Schwartz says. “We’re ahead of other universities in terms of sophistication.”

Offering a seamless experience to students requires an enormous amount of cooperation between Arts & Sciences faculty and the Charles and Reves centers. Study-abroad programs, while managed through the Reves Center, aren’t simply chosen by center leaders, says Stephen Hanson, vice provost for international affairs and director of the Reves Center. Instead, they are developed with direct participation by W&M departments and faculty. 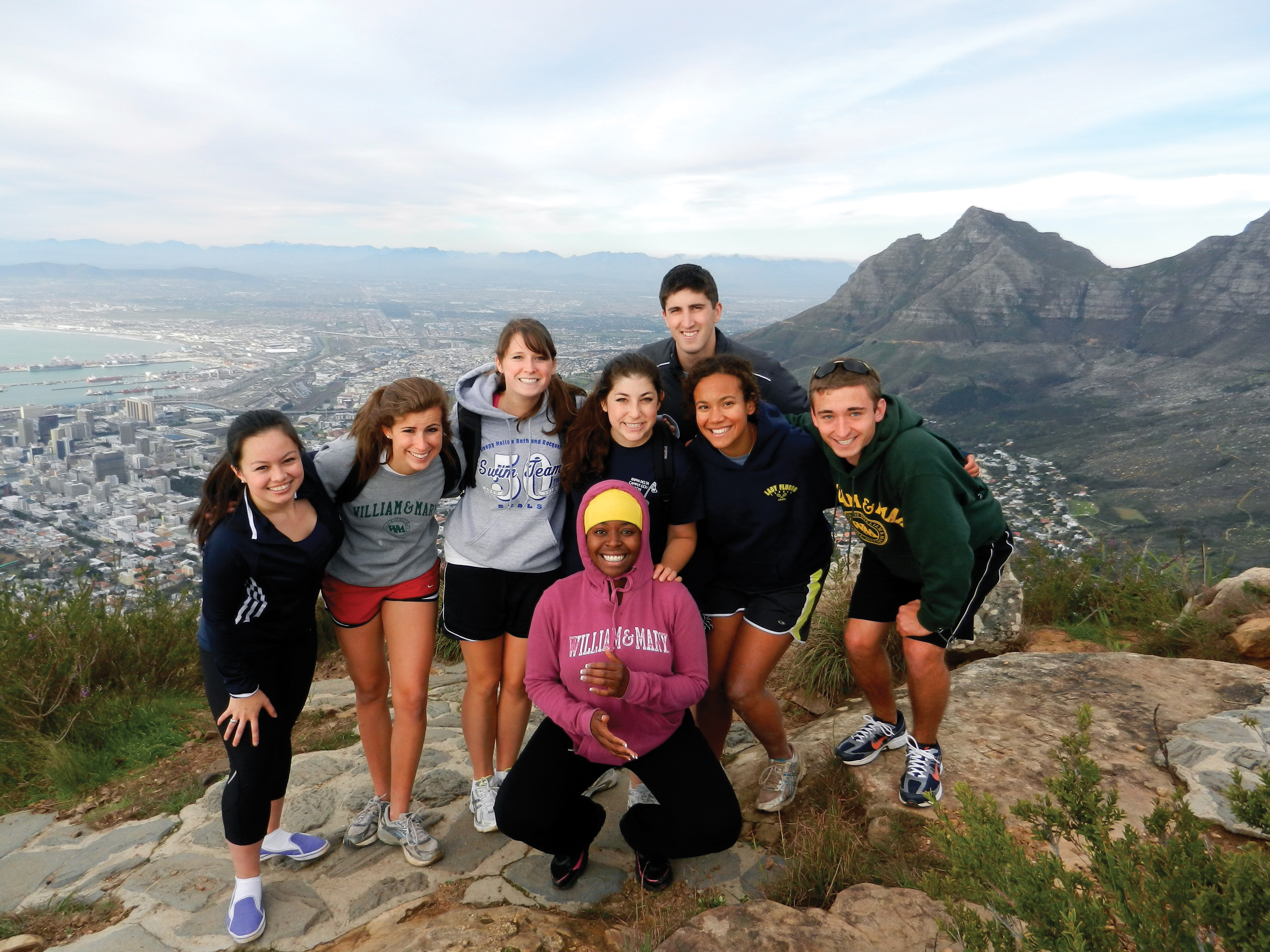 TRIBE ON TOP: There are more than 35 study-abroad programs at William & Mary, reaching 23 countries. W&M is No. 1 among public schools for under-graduate study-abroad.


“That means the student engagement is much richer,” he says. “If students are talking with faculty about what it will be like to go to Latin America, and they go to the site where human rights violations are being investigated — as we do in our La Plata [Argentina] program — and then come back and talk to the Arts & Sciences faculty working on those subjects in their research, the whole experience becomes integrated in a way that’s incredibly powerful for students.”

Programs also extend beyond the humanities to include students in disciplines that haven’t traditionally embraced research travel, such as science majors. W&M geologists are going to Oman with musicologists, psychologists are attending a specialized program in Australia, and pre-med and health-science students are studying in Antigua, Hanson says.

“National boundaries as a kind of curricular barrier don’t make sense anymore,” he adds. “We need to be talking about programs that overcome the idea that there’s a hermetically-sealed set of universes that are defined by nation-states, and talk about the interactions that take place in this country as well as in the world.”

Taken together, W&M’s collaborations are allowing the university to offer students — regardless of interest, discipline or means — unusual flexibility.

A great example is the wide range of projects to which the Meyers Stern Endowment can be applied. Established with a $3.1 million gift from the estate of Ruth Stern Hilborn ’28, the endowment supports students interested in Judaic studies.

“That can be study in Israel, but it also could be study in many European sites and Holocaust sites,” Schwartz says. “It could be study in the Lower East Side of New York or in Galveston, Texas, which, after Ellis Island, was the second-largest port of entry to the United States and where Jews came in through the South.

“All of a sudden the international-domestic distinction is just totally broken down.”