When Ming Chang ’55 arrived on campus in 1952, he likely had no idea of the legacy that would follow. It had only been 30 years since the first Asian student, Pu-Kao Chen ’23, enrolled at the university. Now, as William & Mary commemorates 100 years of Asian students at W&M, Ming’s story is one of many that come together to create the diverse and complex picture of the experiences of Asian and Asian American students, faculty and staff at William & Mary. He helped blaze a path forward for future generations, including his grandchildren.

By almost every measure, Ming’s story is the embodiment of the American dream, merging hard work and the freedom to pursue his destiny into a life of opportunity and success.

Born in Shanghai, China, Ming was 14 when he immigrated to the U.S. with his mother at the end of World War II to join his father, who was in the U.S. Navy working for the Secretary of Defense. Unable to follow his dream to attend the U.S. Naval Academy because he wasn’t born in the United States, Ming took the advice of an admiral’s secretary who graduated from William & Mary and encouraged him to apply.

“Ming was treated truly wonderfully at William & Mary,” says Charlotte Chang of her late husband of 61 years. “He may have been the only Asian American on campus at the time, yet he experienced little to no discrimination. At the time, there weren’t many Asian Americans and people mostly accepted the Chinese population. He was treated like everyone else and he quickly joined a variety of activities.” 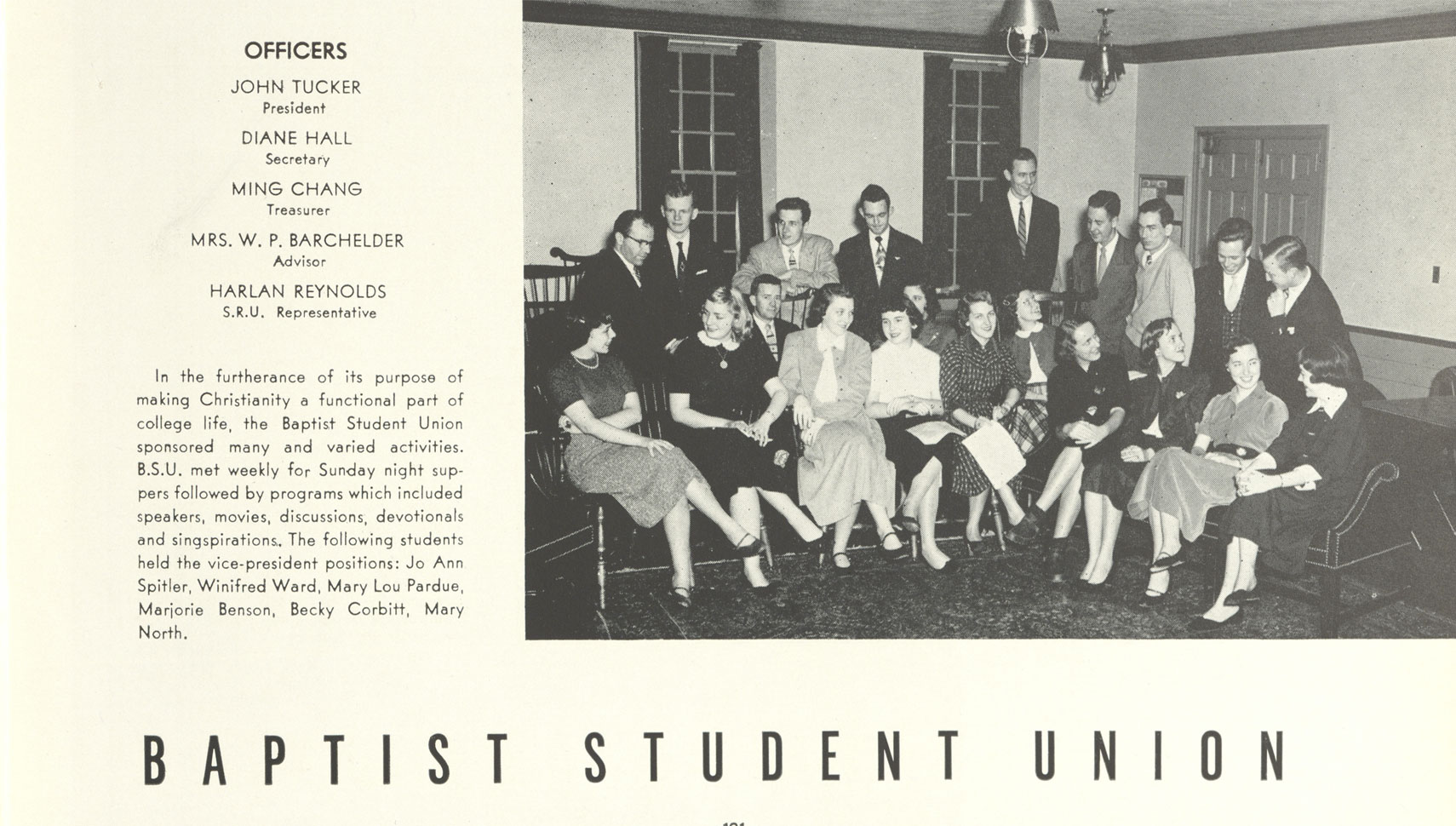 Ming became a member of the honor council, the university choir, Lambda Chi Alpha, Baptist Student Union and the Order of the White Jacket, which honors students who work in food service. He received scholarship support and worked three jobs — at the bookstore, in the cafeteria and in the Kings Arms Tavern in Colonial Williamsburg’s Historic Area.

“He used to laugh that so many people wanted to take a picture with him because they had never seen an 18th-century Chinaman,” says Charlotte. “He had so much fun at William & Mary. He was very outgoing and very connected to his classmates.”

In 1953, Ming met his wife, Charlotte, when her parents hosted a party for Chinese college students. Her father was a diplomat in the Chinese Embassy in Washington, D.C., and Ming’s parents suggested he attend without an invitation to meet the diplomat’s daughters.

“He was smart; he went straight into the kitchen to help my mother,” says Charlotte, whose family includes notable members such as her youngest sister, network news anchor and reporter Connie Chung. “Our generation was told to marry Chinese. A week later when he came back to call on me, my mother already liked him, so she said yes.”

From that first meeting, Charlotte knew Ming was destined for a life of distinction. He graduated in three years with a Bachelor of Science in physics and followed in his father’s footsteps into the U.S. Navy with a commission as an officer.

In 1962, Ming earned a Bachelor of Science in electrical engineering from the Naval Postgraduate School and went on to build an impressive naval career with increasingly important assignments in the Navy’s cruiser and destroyer commands. In 1980, he attained the rank of rear admiral and was the first naturalized Asian American naval officer to reach flag rank in the U.S. Navy.

Ming retired from the Navy in 1990 after 34 years of service as the Naval Inspector General of the Department of the Navy. Ming also served on the William & Mary Foundation Board from 1994 to 2000.

Both of Ming’s children followed the family’s Navy tradition. Their son Daniel graduated from the U.S. Naval Academy in 1979 and retired as a commander after 22 years. Their daughter Donalda served 11 years as an officer in the Navy.

Just as military service is in the Chang family’s blood, so, it seems, is William & Mary. Two of Charlotte and Ming’s grandchildren have attended the university.

Jake Chang ’09 graduated with a degree in business, then served four years in the U.S. Navy as an officer. “My grandfather had a quiet pride in watching us choose our own path, and he provided a great example as a guide,” says Jake, who works for Facebook as global strategy, planning, operations lead: curation. “He approached life as a balance of hard work and opportunities given. I am so grateful to share his deep connection to William & Mary.”

Jake met his wife, Eliza Murphy ’10, on campus. Eliza has 10 extended family members who are alumni, including her grandmother, Jane Ottaway Dow ’55, who was Ming’s classmate.

Ming’s granddaughter, Grace Gibson ’23, who will graduate during the 100th-anniversary commemoration, shared her connection with her grandfather’s legacy. Grace grew up hearing stories from Ming about his time on campus and her family made many trips to Williamsburg with her grandparents.

“For me, William & Mary just feels like home,” says Grace, a psychology major on the pre-med track and a member of the Gamma Phi Beta sorority. “I have my grandfather’s William & Mary banner hanging in my dorm room and it always reminds me of him and his encouragement to take every opportunity.

“It is important that stories like my grandfather’s are shared. He paved the way for so many in the Asian American community without even realizing it. Even though he is no longer with us, he is still leaving a legacy behind for others to follow. As part of his legacy, he wanted to leave a family connection to William & Mary.”

Several years ago, the Changs included a bequest to William & Mary in their will. After Ming passed away, Charlotte decided to move forward with the commitment to establish the Donald C. Chang Scholarship Endowment, named in honor of their second son, Donald, who passed away as an infant.

After Ming achieved his “American Dream,” he continued to work hard supporting Asian Americans by speaking with them about their career aspirations and how they, too, could reach their American Dream.

“Ming would approach everything by trying to be the best he could be. He felt confident he would be recognized for his ability, and he was,” says Charlotte. “He would say that it is hard to say there is prejudice when you are successful at what you do.”

“We feel very proud to be part of an institution that has provided so much opportunity to such a diverse community,” says Jake. “The celebration is a chance to highlight W&M’s consistent commitment to creating an inclusive environment. I hope my grandfather’s legacy can help do that for young students for many years to come.” 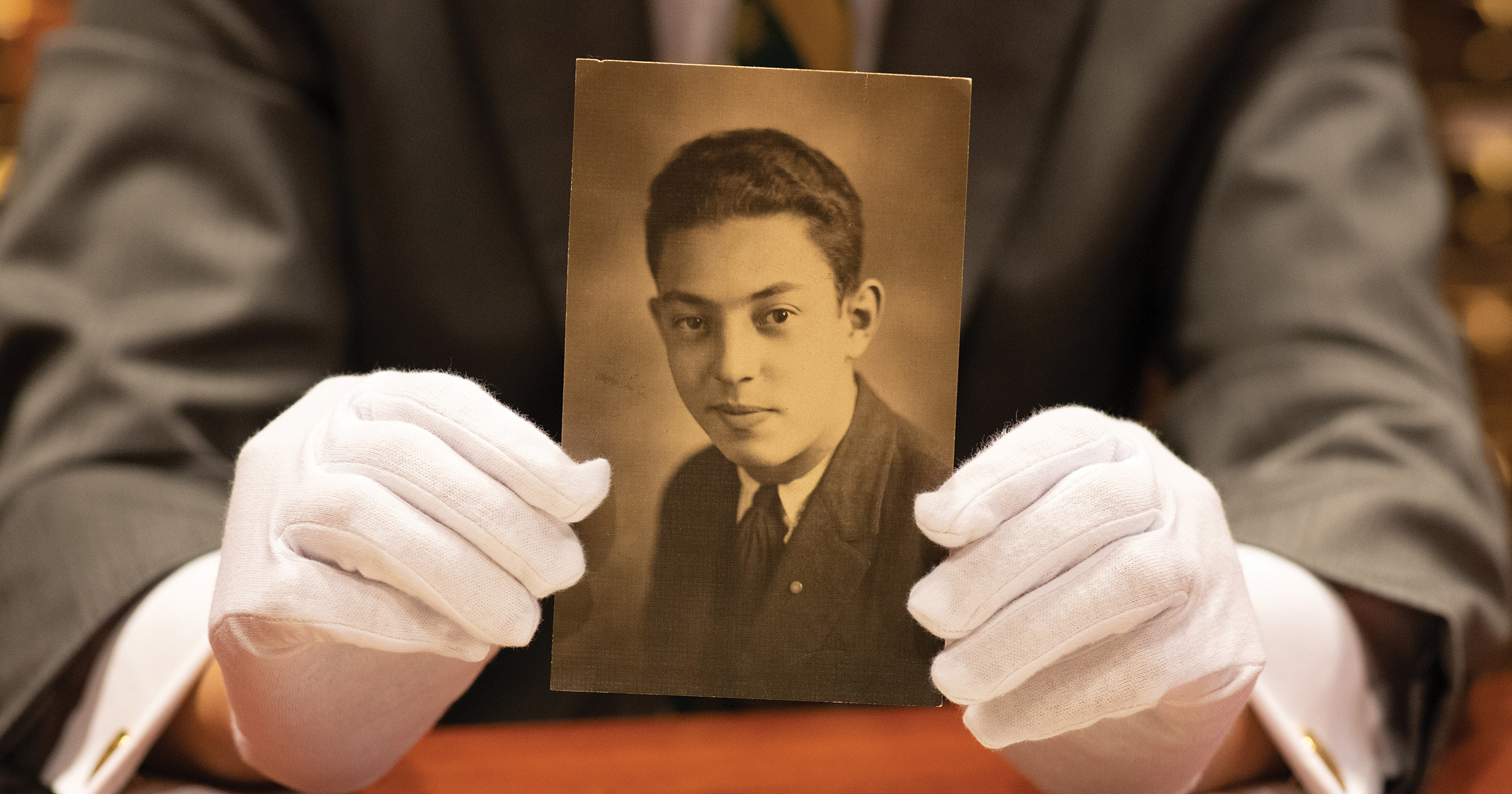 Through W&M's Asian Centennial, students are discovering how the university's history intertwines with their own stories