The first few months of the new decade are off to a peculiar start — the global outbreak of COVID-19 has seemingly thrown everything into uncertainty. But life must continue to be celebrated in the midst of trying times; in this case, 100 years of life. On Sept. 8, 2020, Lawrence “Larry” LeShan ’42 will ring in a milestone birthday. The William & Mary alumnus will celebrate a century of life.

“My 100 years have been different than anything I ever expected,” says LeShan who, at 99, beams at remembering his time at William & Mary. 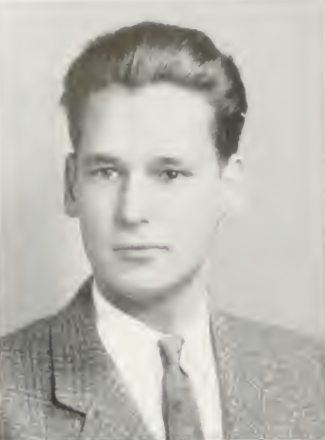 A native of Long Island, New York, LeShan considers himself lucky to have enrolled at the university, where his interest in psychology was piqued. At the time, the psychology department was just getting started — Larry recalls being the only student in the program. Much of his undergraduate research was dedicated to patients with terminal illnesses. Many of LeShan’s subjects during his academic years were cancer patients.

“I wanted to study how people reacted to things, and especially the phenomenon that one person can see nothing but good possibilities in their future, while others have constricted or negative worldviews,” he said.

Shortly after meeting Larry, it becomes clear that he’s that first kind of person: the eternal optimist. With a glint in his eyes, he looks out the window of his New York City apartment, and you can see the curiosity that a life dedicated to analyzing human beings has given him.

After completing his psychology degree at William & Mary, LeShan went west to the University of Nebraska for graduate school, where he dove into learning the history of the discipline. He remembers his close-knit cohort of only four grad students, and the freezing cold Midwest winters.

“My possibilities felt wide open,” says LeShan. “I loved learning about what humans do with their lives, how they shape them, and what kind of worlds they build for themselves.”

It was around this time that Larry married the woman he’d go on to spend nearly 60 years of his life with: Eda. Eda made a career in studying the human condition in her own right. She worked as a family counselor, psychologist and public broadcasting television host, focusing on parenting and early childhood education. She lived for 79 years as Larry’s intellectual counterpart and the great love of his life before her death in March 2002.

Larry continued to further his education after meeting and marrying Eda. He would go on to earn a Ph.D. in Human Development from the University of Chicago before becoming a professor, teaching psychology on campuses such as Pace College and Roosevelt University. He delved deeper into his research, focusing on how meditation might help patients with severe illnesses.

“I was trying to find out what it meant to truly meditate,” says LeShan. “Which essentially means defining the world around you through concentration. How would people, especially those that were very sick, react to that type of stillness and intentional focus?”

Larry was writing extensively on the topic, and in 1974, his book “How to Meditate: A Guide to Self-Discovery” was published. The book’s introduction breaks down the practice as “access to more of our own human potential . . . being closer to ourselves and to reality, or to more of our capacity for love and zest and enthusiasm….” That definition is one that Larry still stands by, emphasizing years later that a close relationship with one’s thoughts and realities is the key to unlocking potential and shaping a happy life.

LeShan also began learning about the field of parapsychology, the study of paranormal phenomena that scientific psychological explanations cannot define, such as telepathy, hypnosis and psychic predictions. In a 2017 interview with Parapsychology Foundation President Lisette Coly, Larry admits that he got into parapsychology “through a fundamental mistake.” After depleting a grant he’d been using to fund some of his research, LeShan was curious to explore a discipline in which he’d previously not found any value.

“I had been working with terminal cancer patients for a long time and was completely exhausted,” LeShan said in the interview with Coly. “I needed a break from that. I noticed a syndrome in people who had very good minds, but who had a small hole in their egos where they believed in this nonsense about the paranormal. They believed in things like telepathy, but they were not doing very good work on it. I was out of grant money for research, so I went to a new foundation looking for help.”

Larry got that financial support he needed and got busy. A colleague referred him to a woman named Eileen Garrett, a self-proclaimed psychic. He studied and ran tests on her claims and monitored her when she had psychic visions. When she was easily able to tell Larry facts about himself that she wouldn’t have otherwise known, he was floored and wanted to learn more.

“It was a meeting made in heaven,” Larry told the Parapsychology Foundation in 2017. “We needed each other. She wanted to be monitored by a real psychologist and I wanted someone like her to study.”

With the support of Eileen and a newfound interest in a field of which he’d previously been skeptical, LeShan worked to become an expert in the topic. Since his earlier published works on meditation, Larry has written over 20 books about parapsychology as well as the benefits of psychotherapy techniques on cancer patients.

When he looks back at his nearly 100 years of research, academia, and passion for learning, Larry still smiles about where it all started: William & Mary.

“My freshman year I lived in Jefferson Hall, room 308,” Larry says, not missing a beat. “I just hope the young people there today feel how I did on that wonderful campus. I hope they know how many possibilities there are and how they can shape the world. I hope they realize the tremendous potential of reaching out and asking what it means to be human.”