Each year, the William & Mary Alumni Association recognizes a select few friends who have demonstrated a lasting commitment to and genuine affinity for the university, even though they are not graduates. On Friday, May 13, 2016, during a ceremony at the Alumni House, six dedicated individuals were welcomed into the Alumni Association as honorary alumni.
John Daly has served as the head coach of the women’s soccer team for the last 30 years. He has guided William & Mary to an NCAA-record 35 consecutive winning seasons, including 10 CAA titles and 21 NCAA Tournament appearances. He has won five CAA Coach of the Year Awards and seven Regional Coach of the Year Awards.

Michael Fox has been an important part of William & Mary, aiding three presidents as chief of staff and serving as secretary to the Board of Visitors. Before that, Fox was head of government relations, where he built strong relationships with key leaders in Richmond, Va. He has worked behind the scenes on nearly every project of significance that the university has undertaken, including the university’s signature events of Opening Convocation, Charter Day and Commencement.

Robert Glacel has served William & Mary by arranging for W&M students to intern every year at the U.S. Mission to NATO in Brussels, Belgium. The U.S. Mission to NATO usually hires graduate students from across the country. William & Mary is unique in that not only did the school have annual reserved placements for its students thanks to Glacel, but it was able to consistently send undergraduates to gain these same experiences.

Joe & Sharon Muscarelle have been involved with the Muscarelle Museum in many capacities, from taking active roles on the board to making a commitment of $2.5 million to expand the museum. Because of their support, the museum has increased attendance, quadrupled membership and increased revenue.

Deborah Spirn assists at many 12th Man Club half-time receptions for Tribe soccer. In 2004, Spirn planned a surprise retirement party for men’s soccer coach Al Albert ’69, M.Ed. ’71, which brought nearly 300 former and current players and their families to Williamsburg. She has also served on the Lord Botetourt Auction Committee and helps support the Law School and the Muscarelle Museum. 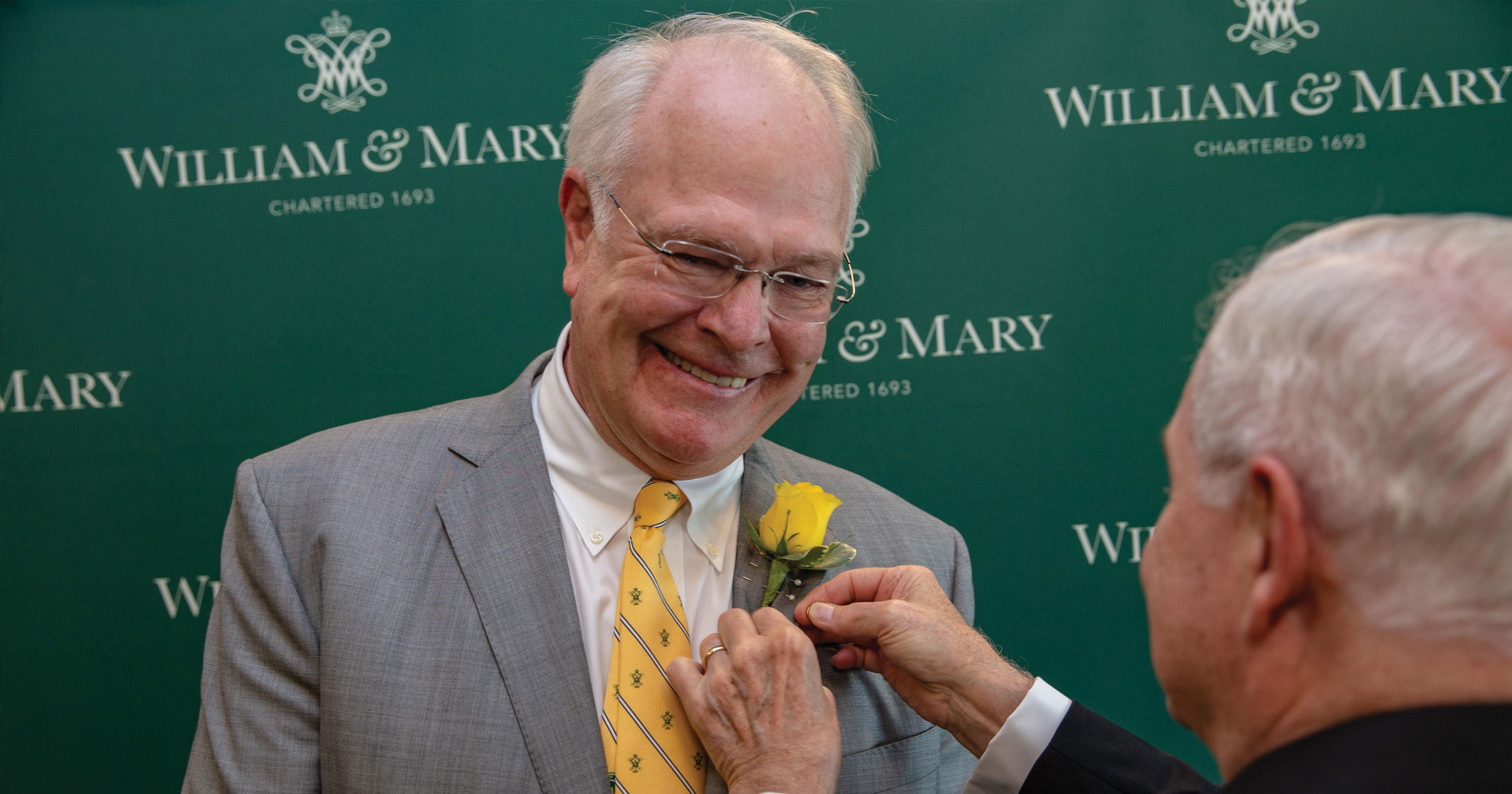