Where could you see a group of septuagenarians enjoying one another’s camaraderie in a public display of commitment to a common purpose?

If your first thought was an AARP conference, you might be right. But if you are thinking about William & Mary, you are more likely remembering the 2018 Homecoming Parade where the Olde Guarde gathered for the 10th consecutive year to show their loyalty to and support for their beloved alma mater. As these spirited alumni marched in the parade, waved to the crowd or rode on the float, it was evident that time in no way has diminished the sentiment that these seasoned graduates hold in their hearts — even 50-plus years after graduation!

Participation in Homecoming & Reunion Weekend events officially began in 2009 when the Olde Guarde entry in the parade took first place honors. Over the next decade, Olde Guarde members have assembled for the parade, and with float themes such as Pluck the Hens, Whip the Tigers, and Plank the Pirates (for the football games against the University of Delaware Blue Hens, Towson University Tigers and the East Carolina University Pirates), they have demonstrated their creativity and exuberance by winning seven first-place prizes. It is just one example of how the Olde Guarde participates in the life of the university.

So what exactly is the Olde Guarde? It is a recognized constituent group of the William & Mary Alumni Association for classes that graduated 50 years ago or more.

The idea of having such an organization began in the early 1970s, when a group of alumni started asking what more they could do for William & Mary. As Fred L. Frechette ’46 wrote, “They were participating in their 50th reunion and did not choose to regard it as a step toward a tombstone. They wanted to make it a milestone.” The number of men and women graduates over 70 had shown a huge increase, and they wished to have a meaningful role and an identity of their own within the college community. In short, they did not want to be considered “over-aged castoffs.” Thus, the Olde Guarde was officially formed in 1975 when the Class of 1925 became its first members. 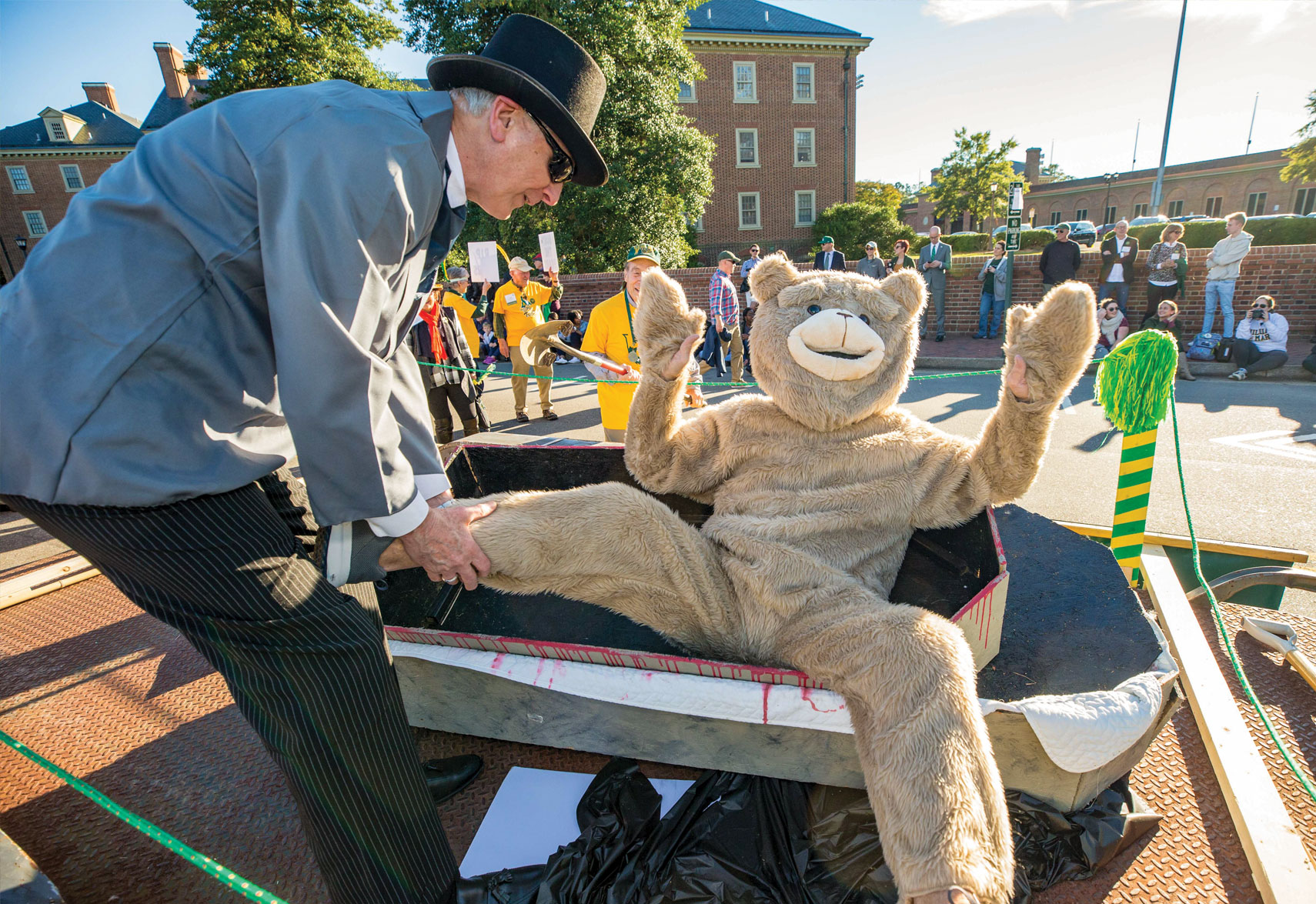 The Olde Guarde concept caught on rather quickly, and shortly thereafter members of each 50th reunion class were formally inducted into the organization in an official ceremony. In 1978, an annual Olde Guarde luncheon became part of the Homecoming program. Both traditions continue today.

How to organize the Olde Guarde in a more official and efficient capacity became the focus in the early 1980s. It was clear from the outset that this new alumni organization was not going to be a “sit on your hands and wait for things to happen” establishment.

The Olde Guarde Council was set as the governing body, comprised of two representatives, a man and a woman, from each represented class. The Council instituted official bylaws to guide its business. Leaders determined that its main purpose was to coordinate activities so that all Olde Guarde members would have an opportunity to stay connected with and develop close bonds with the university as it continued to grow and change.

The Olde Guarde strikes a balance between reemphasizing the priorities and traditions of William & Mary and, at the same time, keeping abreast of the university as it makes advancements and modernizes its approaches to teaching and learning. The Olde Guarde has provided financial aid for various groups such as the William & Mary Choir and the Queens’ Guard, developed close relationships with administration, faculty and student groups, and established the Olde Guarde campaign for the maintenance of the Alumni House. While fundraising is just one of the Olde Guarde’s initiatives, its more than 8,500 members have amassed over $700 million for the university over their lifetimes. 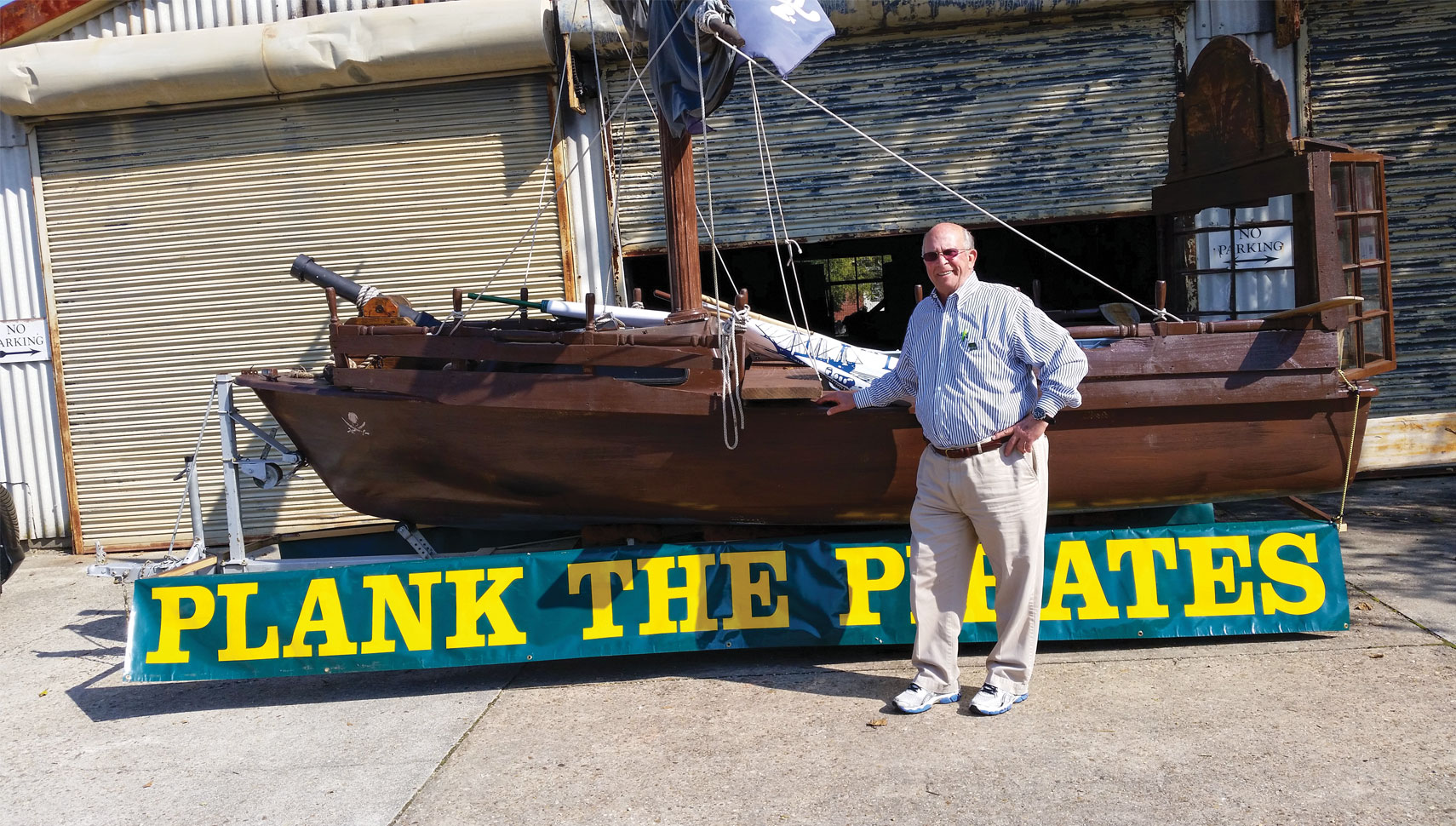 As we look to the future, we will welcome each new class to the fold with open arms with the reminder of what the Olde Guarde is. Sallie Moore Daggett Dievendorf, a 1969 inductee, eloquently wrote that “Olde” does not refer to age; it refers to the maintenance, heritage and traditions of William & Mary. “Guarde” refers to us as a group that has the experiences and influences to ensure this maintenance.

It is with great pride that we support the William & Mary of today as we anticipate the excitement of watching the university blossom and thrive under Katherine Rowe’s leadership. And yes, we will still be participating in each Homecoming Parade!