As former president of GALA, I’m pleased to announce that W&M LGBTQ+ Alumni has now officially been renamed the Crim Dell Association. It proudly takes its place beside other diverse affinity and identity groups as part of the William & Mary Alumni Association.

The Crim Dell Association is William & Mary’s identity group representing alumni dedicated to expanding the freedom to love and express gender and sexual identity. Our mission is to cultivate a vibrant community, expand opportunities for current LGBTQ+ students and allies, and maintain a strong connection with the university.

The name was chosen to honor a symbol that is unique to William & Mary and represents the values of inclusion, diversity and love that we feel are universal and speak to the need for acceptance. In our recommendation to W&M Alumni Association leadership, we agreed there was only one such symbol: the Crim Dell Bridge. This is the one place on our campus where it has been traditional across generations of students and alumni for love to be expressed.

As volunteer leaders, we hope that the new name will help build on the momentum we have experienced as a group these past few years, with new events, wider participation and increased recognition among alumni. To get involved, please visit our website, follow our Facebook page or contact Ivana Marshall at immarshall@wm.edu.

It’s been a long road from GALA’s beginnings in 1986 to where we now stand with this new name. It’s one journey that I believe we have traveled with pride, hand in hand with those in other communities who have stood beside us, who have made William & Mary a better place for generations of students yet to come.

GALA began in 1986, in the midst of the worldwide AIDS pandemic, when a small group of William & Mary alumni gathered and established an independent corporation in the District of Columbia to represent the concerns and rights of a wide spectrum of alumni and students who identified as sexual minorities. William and Mary Gay and Lesbian Alumni, Inc. (GALA) was an immediate success and lobbied William & Mary’s administration and faculty organizations on behalf of a community — at that point — which described itself simply as gay and lesbian.

Under the leadership of the late Stephen Snell ’66, W&M GALA was within a few years one of the largest and best funded of scores of similar collegiate alumni groups that sprang up across the country. Although W&M GALA initially met with strong resistance from university and W&M Alumni Association (then the Society of Alumni) officials, its directors and members successfully worked with allies campus-wide on AIDS prevention programs, spousal benefits and many subsequent issues of equity. These efforts greatly improved the atmosphere of diversity and acceptance across all segments of university life. GALA also provided an avenue of involvement for generations of alumni who had felt alienated from the university because of policies, discrimination and humiliation at the hands of university officials that created long-lasting resentments. GALA members provided hundreds of thousands of dollars in donations to various departments of the university, particularly to Swem Library, to provide resources that more accurately represented the diversity of the student and alumni populations.

The umbrella term “Gay and Lesbian” to represent the broad diversity within the community soon became inadequate, and has changed and expanded constantly over the decades. The currently acceptable terminology, LGBTQ+ (for Lesbian, Gay, Bisexual, Transgender, Queer, and others) will, no doubt, be altered again in the future.

As the number of letters in that acronym increased, the need to formulate a less restrictive name for the group became more pressing. When GALA, the independent corporation, voted to merge with the W&M Alumni Association during the institutional reorganization that took place several years ago, this presented a perfect opportunity for the organization to tackle the issue of a new name to reflect its broader goals. It became W&M LGBTQ+ Alumni, one of the W&M Alumni Association’s affinity and identity groups.

In mid-2020, a study group took up this challenge of finding a new name for GALA that would include everyone for whom the concept of ‘love is love’ could apply, whether accepting the love of another or fighting internalized stereotypes that keep someone from loving themselves. The group also wanted a name that would not appear to exclude heterosexual allies, many of whom are as dedicated to equality for all as are the members of the community itself.

Members of our working group were particularly intrigued with the name of a similar organization at the University of Virginia. Their ‘Serpentine Society’ capitalizes on the well-known image of the curving walls championed by President Jefferson (W&M Class of 1762) as a metaphor for the inclusion of everyone who accepts that things do not have to be ‘straight’ to be valuable.

The name we ultimately chose, the Crim Dell Association, was approved by the W&M Alumni Association board in December 2020 and more fully represents this organization, our values, and our integral role in the W&M community. 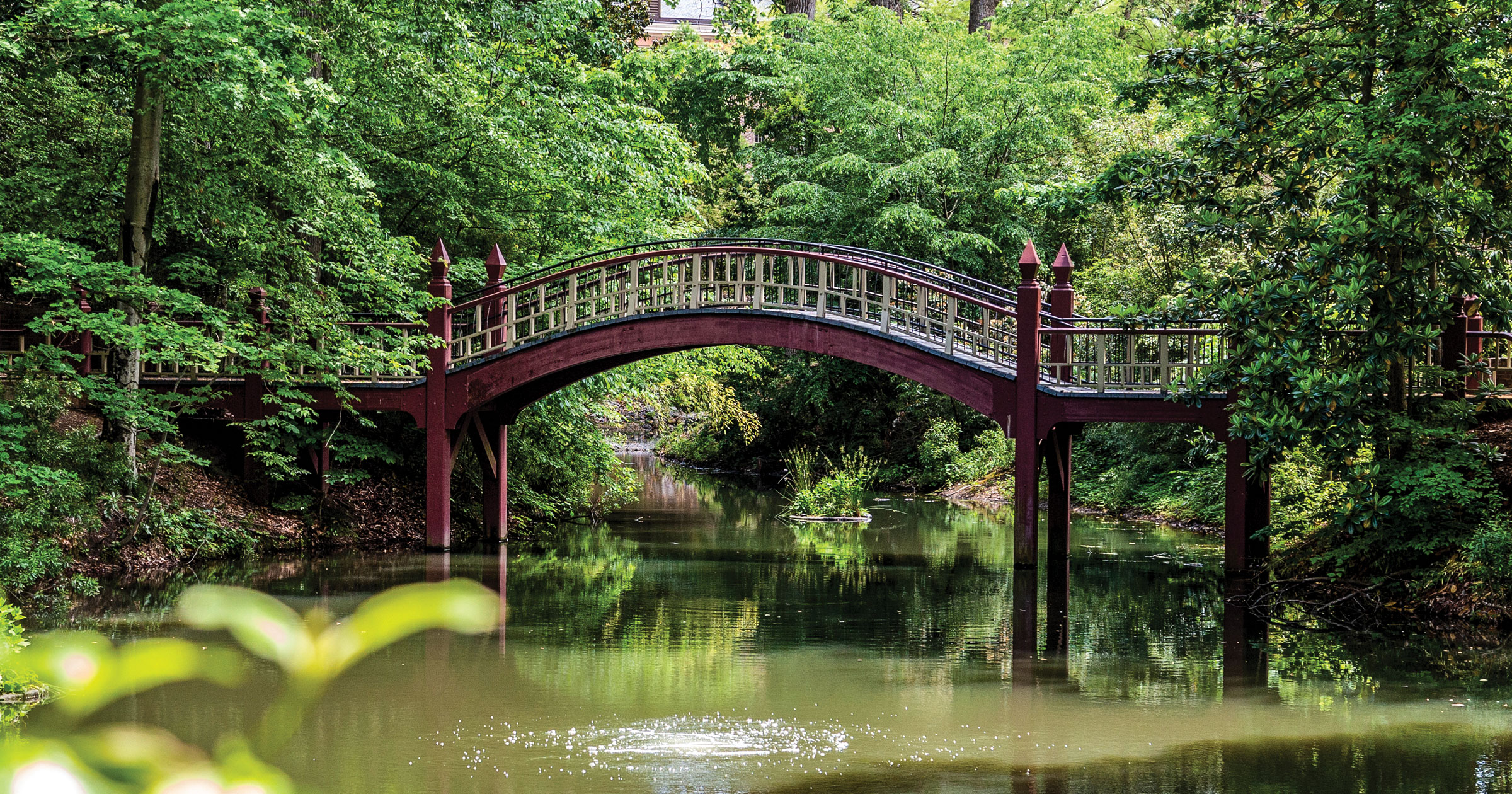