When Kent Fortner ’92 was a student at William & Mary, he and his friends built a raft and floated down the Chickahominy River.

“We were reading Huckleberry Finn in English class and studying buoyancy in physics,” he says. “We’d had a few beers at the Delly, and it suddenly it seemed like a perfect idea to build a raft.”

So Fortner and his Sigma Chi fraternity brothers Don Moseley ’92, Chris Almond ’92 and Steve Welty ’92 set to work building a raft in the basement of their fraternity house.

The friends asked workers at a construction site on campus for some of the heavy-duty foam they were throwing away. They attached the foam to some lumber and plywood from a local hardware store.

“We went our physics professor with our idea, and he said if we could figure out the buoyancy and displacement of this raft, we’d get class credit for it,” Fortner says. “So Chris was working on that, Don is barking orders at everyone, Steve and I are doing the construction, and together we build this raft — and then, when we were finished, it wouldn’t fit out of the basement!”

After taking the raft apart and leaving some pieces behind, they finally brought it out to Moseley’s family’s farm near the Chickahominy, just outside of Richmond. After christening the raft “The Royal Nonesuch,” they dropped it in the river and climbed aboard.

Their unforgettable two-day journey involved everything from sheltering from a storm in a cave to rescuing their raft from a tree when the tide went out. They arrived safely 20 miles downstream at the end of their journey, got credit from their professor and had a heck of a story to tell.

From the rafting story alone, one could easily describe Fortner as an “adventurous spirit.” It certainly aligns with his path after William & Mary, which involved travelling the world working at wineries, starting his own winery and then starting his own brewery as well.

(Years later, friend and fellow winemaker Daniel Orrison ’09 would try to recreate this famous rafting trip, although unsuccessfully. Read more about Orrison’s and Fortner’s winemaking in the spring edition of the W&M Alumni Magazine.)

Now, Fortner looks over another body of water each day from his brewery, just outside of Vallejo, California — the San Francisco Bay. Mare Island Brewing Co. is his latest adventure and he certainly has stories to tell.

“Damn the Torpedoes, Full Speed Ahead”

If you had visited Mare Island back during World War I, you wouldn’t have found breweries, art galleries, distilleries or wineries. Instead, you would have been in the midst of a bustling shipyard, which employed up to 44,000 “Yardbirds,” or civilian workers, in its heyday. The building Mare Island Brewing Company is now was formerly a coal shed, which the Navy used in the early 20th century to store coal for its steamships.

From the time the base was founded in 1854 (commanded at first by Commodore David Farragut, whose famous quote from the Civil War is commonly paraphrased “Damn the torpedoes, full speed ahead”) to 1996 when the base was decommissioned, more than 500 ships and submarines were built there and tens of thousands more repaired.

That history is still very much part of Mare Island Brewing, which is decorated with photos from the shipyard’s history and a giant chalkboard that once recorded incoming and outgoing ships (including ships called Jamestown and Richmond, familiar Virginia names).

“And really, people expect a brewery to be a little bit gritty. You don’t have to spruce it up too much, because if you do, people feel like you’re faking it,” says Fortner.

The stories surrounding the location were part of the appeal for Fortner. He names his beers after people and stories from Mare Island’s history — for example, the Survivor’s Tale Pale Ale is named for the 317 men who survived the sinking of the U.S.S. Indianapolis in July 1945 by a Japanese torpedo. Before the ship was hit, its last stop was Mare Island. Fortner and his team crafted the brew for the 2015 reunion of the survivors, and they still keep in touch with them.

From Wines to Brews

How did this English-major-turned-winemaker end up starting a brewery in an old shipyard?

In the early 2000s, Fortner and his wife, Janet, relocated from Napa, ten miles south to Vallejo, one of the most diverse cities in America located at the north end of San Francisco Bay. The impetus for the move came when Janet found one of the abandoned 1916 officer’s quarters on Mare Island (part of Vallejo) that was going up for auction. To hear Kent tell it, “we were surprised to win the auction, and then it became one of those all-consuming, glorious-but-nearly-bankrupting projects.” But after three years of work, they were rewarded with a historical home, not unlike the homes of his college years in Williamsburg.

Looking for additional draws for tourists into the city, one day members of the Vallejo city council asked him if he’d consider moving his winery operation down to Vallejo. He said no, but an idea was born — what about a brewery?

“My wines are very small batch, only one pinot noir a year, and rely on relationships and vineyards in Napa,” says Fortner. “The scope of what I had going in Napa was working, and I didn’t want to expand my winemaking. But with a brewery, we could make something new that could grow and grow.”

Fortner wrote a business plan for a new brewery. But the financial crisis of 2007 quickly derailed that effort, forcing Fortner to shelve his brewery plans.

A few years later, though, he had a chance encounter with Ryan Gibbons, an old friend he’d met crushing grapes in Napa. Gibbons was now working for Lagunitas Brewing Company but was interested in going out on his own. The two decided to revive Fortner’s brewery plan together.

Then, when an earthquake struck the Bay Area in 2014, it opened up an opportunity. The quake damaged some of the old coal sheds on Mare Island, so Fortner and Gibbons worked with a developer who was restoring the sheds to outfit one of them as a brewery and event venue. In 2017, they began brewing together out of the coal shed. They also opened a bustling full-service restaurant/taproom a mile across the water in mainland Vallejo.

One of the goals of the brewery is zero waste — the spent yeast from brewing goes to local farmers to feed their cattle, which are then eaten as burgers in the Ferry Taproom. Their wastewater goes to cleaning and watering their landscaping.

Since their water comes from two different aquafers in the area, it can be unpredictable. So, they run all their water through reverse osmosis, allowing them to precisely control the makeup of the water going into each different type of beer — a variety of ales, IPAs, porters and stouts. Their fermenting tanks are fully steam-jacketed to control temperature. Some of the beers are aged in whiskey or pinot noir barrels from Fortner’s Road 31 winery.

“Our beer club members have been invaluable, because they try all our small batches first and give us feedback,” says Fortner. “Ryan takes their ideas and finalizes the beer recipes. Honestly, while I’m obviously a fermentation guy and highly involved, Ryan is the real brewer here. I spend a lot of my time on branding and spreadsheets.”

With the other businesses on Mare Island, Fortner and Gibbons have recently launched the “Wet Mile,” Sunday afternoons where ferryloads of San Franciscoers come to enjoy tours, try beers and other libations on the Island and hear live bands (though these events have been temporarily suspended due to COVID-19).

Despite the challenges inherent in running three businesses simultaneously — the winery, the brewery and the taproom — Fortner enjoys the adventure.

“The brewery is enough in my wheelhouse to be exciting, not scary,” says Fortner. “The winery is small and just mine, almost entirely independent. But here, it’s a team effort, and we can experiment, we can grow, and we can follow the tastes of our customers. It’s a lot of fun.”

A History of Friendship

The original Sigma Chi rafters still keep in touch, and all have pursued adventures of their own. Don Moseley went on to become a fighter pilot and made it to the final rounds to become a NASA astronaut; Chris Almond became the head of pediatric cardiology at Stanford Medical. Steve Welty had recently made a trip to Fortner’s brewery before he tragically passed away a few years ago from cardiac arrest.

Together with some other William & Mary alumni, including John Ricci ’92, Terry Wise ’92 and Tom George ’92, they gather and run half-marathons every year, choosing a new location each time — they’ve run in 13 different cities worldwide thus far. It can be a challenge to get away from their busy lives to get together, but they make the time to catch up.

“Through William & Mary and the fraternity, these special friends and I all have a deep shared history. We’re actually a very diverse group — to the extent that I’m not sure I would have developed such strong bond if we’d met later in life. But we have so much fun together, and trust each other completely. I am not only able to enjoy and rely on them, but learn from their different worldviews,” says Fortner. “I tell my own kids, half of college is just getting to know really intelligent people. They make you more motivated to keep up and play your role, and this group is something extremely valuable that W&M gave me.” 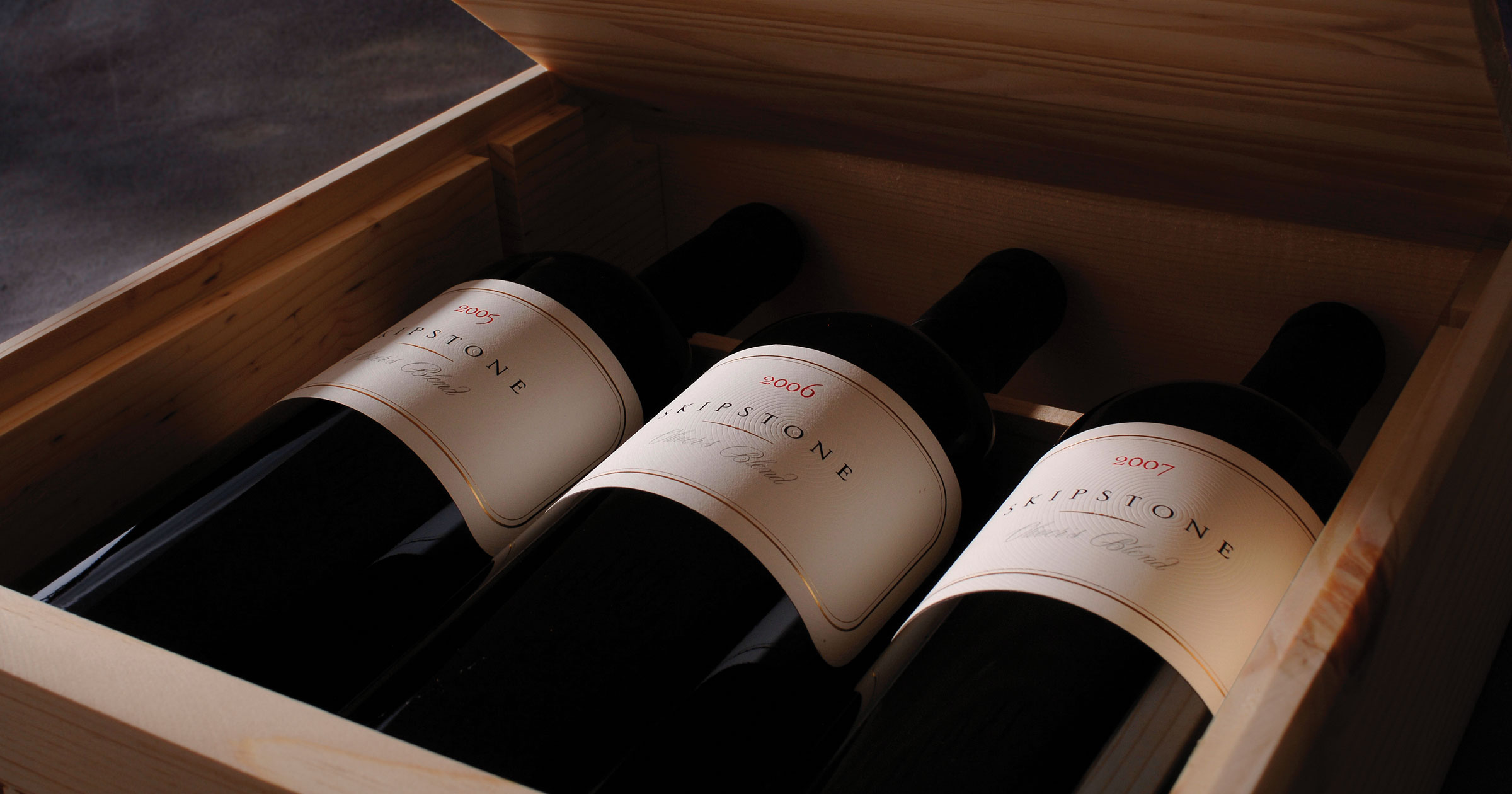 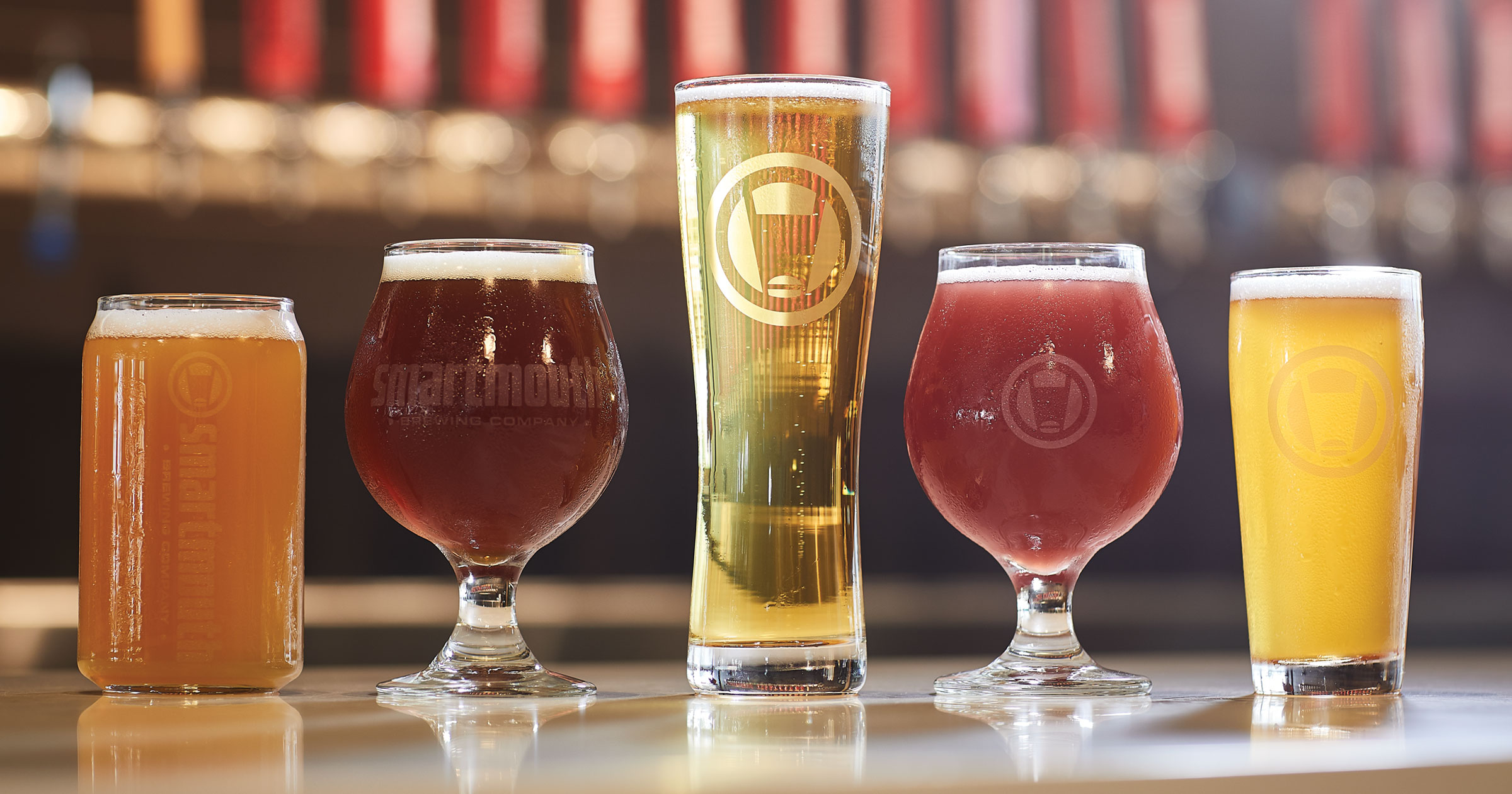 Hark Upon the Ale

It's no surprise to find W&M graduates among the growing tribe of brewers, homebrewers, beer distributors, bar owners and other industry professionals.