Since his time as an undergraduate at William & Mary, where he earned his bachelor’s degree in geology and started to become more serious about his interest in poetry, Forrest Gander ’78 has had an illustrious career. Though he is most well-known for his poetic works, Gander has also worked as a translator, novelist, and has taught at both Harvard University and Brown University, where he served as faculty for over twenty years. After graduating from William & Mary, he attended San Francisco University for his master’s degree in literature, where he met his late wife of over 30 years, renowned poet CD Wright. Together, the two coedited the literary small press Lost Roads Publishers. Gander has published 10 poetry collections and two novels, with his book “Core Samples from the World” being a Pulitzer finalist in 2012. In 2019, Gander’s collection “Be With” was awarded the Pulitzer Prize for Poetry. 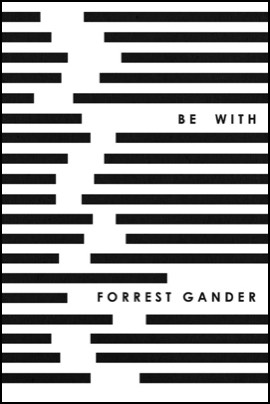 Described by the Pulitzer committee as a “collection of elegies that grapple with sudden loss, and the difficulties of expressing grief and yearning for the departed,” “Be With” is an intimate poetry collection divided into three parts. The first deals with the sudden unexpected death in 2016 of his wife Wright while another section focuses on his mother, former elementary school teacher Ruth Gander, and her slow decline into the late stages of Alzheimer’s disease. The third section focuses on the landscape history of the border between Mexico and the United States. Taking advantage of his history as a translator, this third section is multilingual.

“It feels more like a recognition of a life’s work than the recognition of a single book,” said Gander. “It felt right that poetry is celebrated with an award that is associated with journalism, since it is a kind of reportage of the emotions, the rhythms, the image repertoire and the thinking process of a particular time.”

The Pulitzer Prize honors outstanding achievements in journalism, letters, and music annually since 1917 through Columbia University and is considered one of the most prestigious awards in writing or music. With all his other published works, this win was a long time coming.

“I almost didn’t start writing this collection,” said Gander. “After the death of my wife, I entered an abyss I’ll never truly escape from.” For the year and a half before he started to work on “Be With,” he says he didn’t write anything. Then, “Be With” was written in what Gander describes as an “involuntary convulsion,” where all the poems came quickly and easily to him. “Be With” stems from a place of grief, one to which many people can deeply relate.

In an article written in August 2018, when the collection was first released, the New Yorker describes Gander’s halting, grief-stricken style as “both an accommodation to the necessity of language and proof of its inadequacy.” Grief and loss are tragedies that so many people experience their lifetimes, yet few have been able to articulate the experience in such a way that encapsulates it like Gander does.

Despite the problems Gander found that come with having a Pulitzer-winning poetry collection that is so open, he found that “Be With” has resonated with many of its readers. “It has been complicated to receive such attention for something so intimate,” says Gander. “I quickly found, after the first couple public readings, that I could no longer read from the book.” The title “Be With” comes as a response to the dedication to Gander in Wright’s final poetry collection “ShallCross” which was published posthumously in the year after her death.

Those who have lost loved ones or whose parents or spouses are dealing with the effects of Alzheimer’s disease as Gander’s mother is come to realize through “Be With” that, however warped by the pain, love connects them to others. All of their responses have let Gander know that the book has made contact with his readers in a way he did not expect.