When Prince died in 2016, many thought that was the last we would hear from this talented performer. However, at the time of his death, Prince was working with Dan Piepenbring ’08 on a book about his life. After Prince’s death, Piepenbring worked with Prince’s estate to finish the memoir. With the recent release of “The Beautiful Ones,“ Piepenbring spoke with us about his time with Prince and the book. 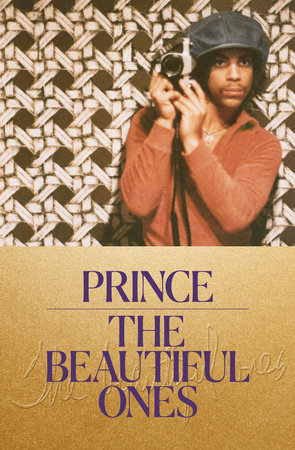 How did you meet Prince?

It was all thanks to another William & Mary grad, my literary agent, Dan Kirschen ’09. He knew that I was an aspiring writer, so he started to represent me. At one point I wrote a novel that he tried to sell, but fortunately it didn’t sell — it was bad.

It ended up being good that I had never published a book, because one day in 2015 Kirschen had an offer for me. He knew that I was a huge Prince fan since college, and he told me: “Prince is trying to write a book. My boss and I are co-representing him. He’s definitely going to need some kind of writing help. I’ll put your name on the list but you’re probably not going to get this job, you’ve written zero books, and usually people want a collaborator who’s written at least one.“

As it turned out, Prince returned the list of potential collaborators and had crossed out anyone who had written a book before. He was looking for someone specifically who had never written a book. We had to write personal statements about why we felt we would be good for the job. I remember turning in mine the same day we got the assignment and 48 hours later I was on a plane to Minneapolis.

Was that your first meeting with Prince?

That was our first meeting. I flew out to Paisley Park, which is in a suburb of Minneapolis called Chanhassen. His driver drove me to his home and I spent a few hours waiting in a hotel, freaking out as you can imagine, then his driver drove me to meet him. I sort of assumed there would be someone else there for that meeting, but it was just him. He came to the door and shook my hand himself. It was just he and I in Paisley Park.

We ended up having a 90-minute conversation. I remember being really struck by how calming he was and how thoughtful he was in his self-presentation. He really took pains to put me at ease. He was a very generous conversationalist. He was not someone with an air of distraction or pretention about him. He was an intense man but also very funny and grounded. I came to realize that even though I had listened to him for hours and hours, I had never really heard him unaccompanied. The silence surrounding him was very interesting to me because usually he was framed by his music or the pageantry of his performances but in this case, he was in such solitude. Paisley Park really felt like his sanctuary.

What made Prince decide to hire you to write with him?

He told me that he didn’t think I would get the job because he was thinking a lot about race, especially in those final years. He had become much more politically active and he was a huge supporter of Black Lives Matter. He’d written a protest song about the death of Freddie Gray in Baltimore.

We were talking about his disdain for the music industry and contracts and how he felt that they were always exploiting artists. I wondered why he wanted to write a memoir with a big publishing company in that case, because I felt like everything he didn’t like about record labels had really come out of book publishing. The whole notion about intellectual property, contracts, and royalties had really come from the blueprints laid by the publishing industry centuries before. He was really struck by that comparison and by the fact that I would press him on something like that. Prince said, “I can see myself writing that.” Though he never explicitly told me why he’d picked me, I sometimes wonder if it was because I had thought to question his approach.

How did the ghostwriting process work?

It ended up not being ghostwriting at all. In typical Prince fashion, he had completely original ideas about how the memoir should work. He didn’t want it to be just stories from his life that some other guy put down on the page; he wanted to do a lot of the writing himself and wanted to have my voice in the book separately. He talked about how our voices could mix as the book went on. He wanted it to be more than just a memoir—he wanted it to have a sort of self-help component. He wanted to tell stories about his quarrel with the music industry and his fight to make music on his own terms and how he hoped other people would be able to do the same if they could see what he had gone through. In terms of ghostwriting, I never put any words in his mouth, never wrote in his voice, and of course after he died, I knew I couldn’t do that. It felt like it would be wrong to write as him without him there to approve it.

The book’s introduction is all in my voice and it’s my story of every conversation I had with him, how I came to meet him, what he was like and what he wanted the book to be. After that we go right into his voice and stay there from then on out. We found a bunch of things in the archive that are all written by him. It’s an oblique story, but I think it is the closest possible reflection of what he wanted to do.

Tell me about your writing sessions with Prince.

They were really inspiring and spontaneous. He had such an active imagination and the book to him represented a whole host of things that he had always wanted to accomplish yet hadn’t been able to reach through his music. Having never written a book before, he felt very charged by the potential of the medium. He saw it as a way to expand his activism, his political identity and to set the record straight.

In the popular imagination, he had started to be portrayed as someone who was almost an alien—people would talk about him as if he were some supernatural creature, yet he was human. He was very aware that he had come from a certain place and time of struggles and prejudice, and his parents really made him who he was. I think he felt that a book was the best way to lay all of that out and to reclaim his own narrative from the press.

When we talked, we would float between topics. We’d be talking about his mother and his father one minute, then be talking about the record label the next, and then God and spirituality. He seemed so excited, so passionate, about what this book could be. He said he wanted to write a lot of books and I think, had he lived, he certainly would have done that.

How much of the book was finished after Prince’s death?

The whole process began in 2016. I worked with him for about three months before he died, and those three months were really special. I went with Prince to Australia in February 2016 and to my surprise he had actually undertaken some of the writing himself. He had written about 28 pages about his childhood and those were really electrifying because I think I and a lot of other Prince fans had always wondered about that period of his life more than anything else, and he really covers it in pretty great detail with a lot of humor. Those 28 pages ended up forming the foundation of the book and he and I talked through one at a time. I was able to use our notes from that conversation to flesh them out.

After he died, that was all that he had written, and for a while I think we all assumed that nothing would come of the book because it wasn’t so much as unfinished as barely started. But I just thought those pages were so good that any Prince fan and even people who didn’t really know that much about his career would find them a really delightful and expansive depiction of life growing up in North Minneapolis and especially of his parents and the role they played in shaping his creative identity.

I wanted to get them out by any means necessary and fortunately my editor and publisher and I were able to work with the estate and go out to Paisley Park, which is where Prince lived at the end of his life, to go through his archive and to see if we could find anything to finish the book. That became a years-long process where we were reviewing his archives, as the estate was making their first inventory of what was there, and picking out various photos and handwritten lyrics and artifacts that vibrated on the same wavelength that I had experienced in conversations with him. It was very exciting, but also a very sensitive process to undertake.

What was the most surprising thing you learned about him?

He said there were going to be a lot of bombshells in the book, but because he died so soon into it, I don’t think there are any conventional bombshells. To me, the surprises are much more domestic. The joy of reading these pages that he left behind is that they are so rich in the detail of Minneapolis in the ’60s and ’70s. They are almost like a coming-of-age novel starring Prince.

It’s surprising to me to see the way he was able to inhabit his boyhood mind and take readers back. You get to hear about things like his first kiss, his first memory of his mother’s eyes, remembering his mom and dad getting dressed up for a night on the town and how that propelled his own fashion sense in his pride of perfection of appearance. There’s a bunch of little things like that, like the house he grew up in and his seizures as a boy. It’s one thing after another and they’re all reflections that I don’t think a lot of people would expect from someone like Prince, who was always very reticent when it came to his past.