When the Virginia General Assembly is in session, the office of Jay Jones ’10 runs like a well-oiled machine. His days are filled with constituent phone calls, emails, and visits, committee meetings and caucusing. Although the legislative building in Richmond is pure energy and chaos, Jones doesn’t seem harried. At 29, he is the youngest member of the Virginia legislature, but he carries the position with grace and ease. After all, it’s a role he was seemingly born to play.

Indeed, Jones is as close to royalty as one can get in Norfolk, Virginia. The seat he holds in the Virginia legislature, representing the 89th District, was once held by his father, Jerrauld Jones, who is currently a judge on the Norfolk Circuit Court. His mother, Lyn Simmons, is also a judge, in the Norfolk Juvenile and Domestic Relations District Court. Jones’ maternal grandparents were college professors, and his paternal grandparents, Hilary and Corinne Jones, were civil rights heroes in the area, helping to integrate the local schools, with his grandfather serving as the first African-American member of the Norfolk School Board. It’s a legacy of which he’s always been highly conscious.

“I have good memories of driving around the city with my dad when he was a delegate, but I also spent years studiously trying to avoid political life,” Jones says. “Every day I’m surprised to find I’m living it.”

Jones spent his young adulthood pursuing other paths. A graduate of Norfolk Collegiate School, he came to William & Mary on a full academic scholarship as a W&M Scholar, breaking the family’s long tradition of attending Hampton University. Although he knew of William & Mary as a rigorous academic institution, he admits that the university was not initially on his radar.

“I always saw myself going to a large urban state university, somewhere in D.C. or the Northeast,” he recalls. “Williamsburg didn’t register as an option because it was small and just too close to home.”

After enjoying a weekend with friends on the William & Mary campus, Jones quickly changed his mind. He majored in government and history, which he credits with teaching him to think critically about institutions of government and the legislative process. 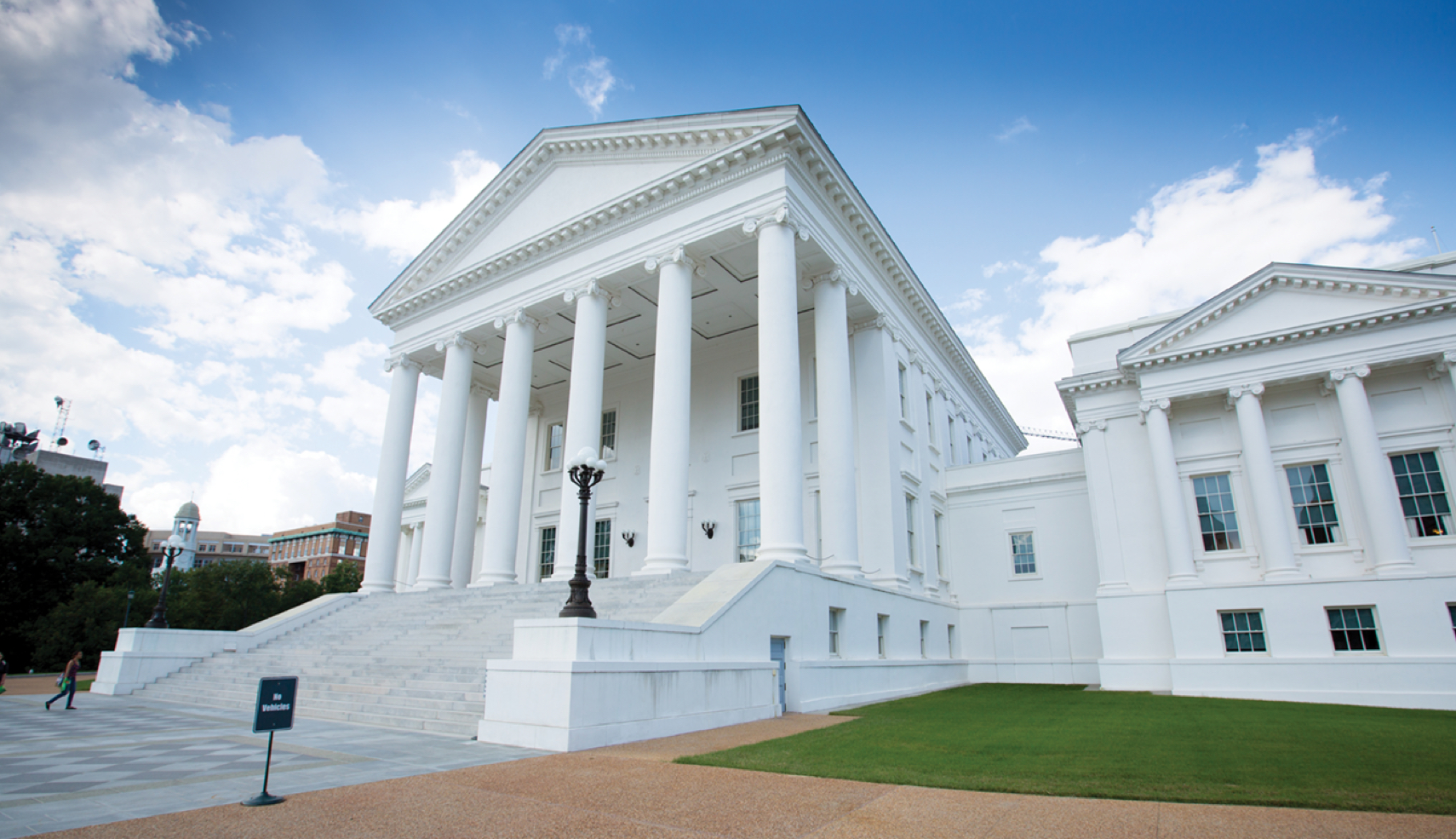 “Tommy Norment was one of my professors at William & Mary, and now he’s my colleague in the General Assembly,” Jones marvels. “It feels like we came full circle on our relationship, and that’s surreal.”

He also embraced the campus ethos of community service, doing everything from joining the Honor Council to serving as a tour guide and orientation aide. When he started his job search, it was the height of the Great Recession — a scary time for young graduates.

“I had spent most of my college career hearing about the financial crisis, but not really understanding what that meant for working people,” he remembers. “It became real when all of a sudden, classmates were having their job offers rescinded and companies were telling people they weren’t hiring, or even laying off employees.”

He considered Teach for America and law school before turning to, of all places, Goldman Sachs. After a chance meeting with the company’s chief risk officer, Craig Broderick ’81, P ’16, Jones found himself working for the global investment firm just a few months later. Although he ultimately decided the finance world was not for him, it was an experience for which he is grateful.

“Craig was my guardian angel — I still tell him that every time we talk,” Jones effuses. “The day he hired me was the best day of my life, better than passing the bar or even getting elected.”

After two years working in finance and risk management, Jones went to law school at University of Virginia before taking a job with a firm back in Norfolk. Although that hadn’t been his plan, he found himself jumping in with both feet, getting involved in the community and reconnecting with old friends. Then, in 2017, Delegate Daun Hester announced she was stepping down from her role as delegate of the 89th District, and suddenly Jones found himself confronted with the possibility of running for public office.

“I was 27 then and thought of politics as something that you do when you’re older,” he says. “But I took the time, talked to my family, and asked myself all the necessary questions. Is it the right time? Can I surround myself with good people? Can I raise the money? And most importantly, can I win? And eventually, I got to yes on them all.”

On the campaign trail, his age sometimes worked against him. People often knew him because of his family, but they also knew he was young. It was a running joke among his constituents to ask him if he was even old enough to vote. However, he found that his district was more than ready for a fresh face.

“The people knew my family, but ultimately I was the one on the ballot, and they had to decide if I could do a good job for them,” says Jones matter-of-factly. “My goal is just to live up to that faith and trust.”

It’s a job that he finds much different than anticipated. For one, he is able to help his constituents on an individual level. He describes helping families navigate the bureaucracy of adoption, and in one case, helping an elderly, housebound constituent get her cable television fixed. The biggest surprise? That, for all the contention that is so endemic in modern American politics, Virginia Republicans and Democrats often agree more than they disagree.

“Ninety-five percent of the stuff we vote on is either passed or rejected unanimously. It’s that other five percent that makes the news,” he points out. “Every one of us just wants to make Virginia a better place to live. We disagree on the particulars of how to do that sometimes, but ultimately, we are on the same team.”