"William & Mary will lead essential efforts to practice and promote democratic ideals in the pursuit of a more perfect union.” That’s the key tenet of W&M’s democracy initiative, part of the Vision 2026 strategic plan. Freedom of speech has long been held as a cornerstone democratic ideal — but what does free speech look like on a college campus today?

The 2021 Viewfinder Campus Climate Surveys found that 25% of William & Mary students are not comfortable expressing their political opinion on campus (for a data-driven look at why this might be, visit "Student Perceptions of the Political Climate on Campus" by John Willis ’23). In the two essays that follow, W&M Law School Professor Vivian E. Hamilton and Associate Vice President of Student Affairs Andrew D. Stelljes present their views on how the university can foster open dialogue with curiosity and respect and in doing so, cultivate independent thinkers who are committed to strengthening the democratic ideals on which our nation was founded.

To learn more about what W&M is doing to support civil discourse on campus through its democracy initiative, visit the Vision 2026 website. 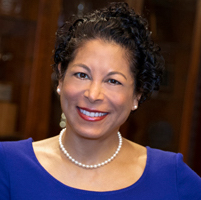 An inclusive campus that works to ensure a sense of belonging for all of its students can — and under existing law, must — coexist with a commitment to students’ free speech.

First, let’s be clear about what the law requires. The First Amendment of the U.S. Constitution constrains the ability of public universities like William & Mary to restrict student speech and expression. The administration may not censor or punish speech simply because a person or group considers it offensive or even hateful. Universities may, however, restrict or punish speech that falls within legal definitions of harassment, true threats (such as racial epithets directed at a person of color), and other unprotected speech acts (such as speech that disrupts classes or campus activities, including disrupting speakers).

Thus, students who hold political views with which others on campus disagree should feel reassured that both law and university policy protect their right to free speech.

An entitlement to free speech, however, is not the same as an entitlement to consequence-free speech. Students (ideally) attend universities to learn. They should be prepared to listen to challenges to their views and to consider opposing viewpoints. Seeking refuge in what Professor Sigal Ben-Porath of the University of Pennsylvania’s Graduate School of Education calls “intellectual safety” goes against the open-minded inquiry at the core of universities’ being, and students’ reason for attending. Universities should encourage students to embrace the vulnerability inherent in abandoning the intellectual safety of political and cultural echo chambers.

At the same time, William & Mary and other universities must also ensure students’ dignitary safety — the sense of being treated as equal and valued members of the community. Thus, while administrators may not prohibit offensive or even hateful speech, they ought not permit such speech to go unanswered. Hateful speech can cause real emotional pain and dignitary harm. When it occurs, campus officials must promptly and in no uncertain terms denounce hate as inconsistent with the university’s values and the type of community the university aspires to be.

A final word: What I have described is currently the law. But should it be the law? Should public universities be permitted to punish offensive or hateful speech? If experience is to be our guide, the answer is no. Indeed, decades of past such efforts have failed — attempting, for example, to prohibit expression considered to be “demeaning” or “insulting.” Such terms have been subject to interpretation and disagreement.

The University of Michigan famously passed a speech code in response to a series of racist incidents on campus. The code, however, was not deployed against the sorts of hateful slurs that led to its adoption, but against students expressing opinions others found objectionable. Harvard University Professor Henry Louis Gates observed in The New Republic that, “During the year in which Michigan’s speech code was enforced, more than 20 Blacks were charged — by whites — with racist speech. … not a single instance of white racist speech was punished.”

Vivian E. Hamilton is a professor of law and director of the William & Mary Center for Racial & Social Justice. She is also president of the ACLU of Virginia’s Board of Directors. The views expressed in this essay are her own. 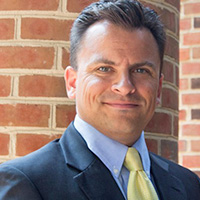 LISTENING WITH CURIOSITY IS VITAL FOR BUILDING A BETTER SOCIETY

Last September, a student who had just made it through the turmoil of the first year of COVID-19 shared with me: “Wouldn’t it be great if [William & Mary] was an experiment on how to do life better? If every time there was a problem on campus, we all came together to discuss it peacefully and respectfully instead of going to our sorority (or club or friends) and complaining about how the other group is wrong. Wouldn’t that be better?”

One painful example of the opposite outcome is when protesters shut down a scheduled talk about the First Amendment co-sponsored by the student-run programming organization Alma Mater Productions (AMP). It was in 2017, and Claire Guthrie Gastañaga, then executive director of the ACLU in Virginia, was scheduled to speak at W&M. Before she could begin, however, student protesters shouted her down, citing the ACLU’s defense of Unite the Right rally organizer Jason Kessler’s effort to obtain a permit to demonstrate in Charlottesville two months before. This ended, for the moment at least, any possibility of dialogue.

On topics such as climate change, gender equity, race relations, voting, immigration and how we teach history — including whose names are commemorated on buildings — America’s polarization is reflected here at William & Mary.

We have an opportunity to nurture the practice of listening to and learning from each other. We can invest in capturing student passion, enthusiasm and intellectual interests by deeply committing to curiosity and to understanding how a person came to a place of deep conviction, especially when we wholly disagree and are affected personally. And what courage that takes — to be truly curious when our freedom is being threatened. Yet, that’s what is required if we’re going to be a place where students learn about the things that most profoundly matter for the future of our imperfect democratic experiment.

We’ve responded to societal needs throughout our history. At W&M, we’ve trained lawyers and ministers and future teachers. From our sustainability efforts to creating the infrastructure to build one of the best career development programs in the country, we know how to respond to needs. Now it's time to do something just as courageous for the benefit of our students and, in turn, for the future of our democracy.

We can be both resolute and agile, both steady in our conviction to become a pillar for democratic engagement and a place where all students are free to discover new ways of viewing challenges to their identities. All of us — staff, faculty, students and alumni — can challenge each other to do the same.

We can capitalize on our tradition of community and build a culture of curious engagement. In doing so, we will prepare students to become leaders who are able to curate conversations on difficult topics. A daunting but crucial task. To sustain our system of democracy as a “shining city on a hill,” it’s important that we re-invest in the American experiment by giving our students the tools and practice they need to bridge our nation’s divides and build a better future.

Andrew D. Stelljes is the associate vice president of student affairs, executive associate professor of education and is faculty in residence at the W&M Washington Center.