William & Mary alumni authors stepped back through the sands of time, faced fearsome killers, wrote from the heart and sat at their computers for hours typing to create an abundance of books for readers to enjoy this summer. Find the next books to binge in the quarterly book round-up.

Written for middle school-aged readers, “An Occasionally Happy Family” takes on big issues — moving on after a parent’s death, complicated family dynamics and the addition of a new family member — with humor and heart. Theo Ripley, his father and sister take a road trip to the least popular National Park. As an avid indoorsman, Theo wasn’t enjoying the trip, which gets even worse after his dad reveals a big secret. Will this family ever be able to heal and have fun?

by Kathryn Erskine ’80 and illustrated by Alexandra Boiger

National Book Award winner Kathryn Erskine takes children around the planet and shows them that the world is just one big community of people who are more similar than different. The book contains lovely illustrations from Alexandra Boiger, who provided the artwork for the well-known “She Persisted” series of books.

Young readers will root for shy Lily as she starts a new school in the sixth grade after the death of her father and tries to fulfill the promise she made her dad – to speak up five times. Beyond the typical difficulties of a new school, like making friends and learning where everything is, Lily must face the school bully Rudy on a daily basis. Will Lily be able to keep her promise AND adjust to a new school at the same time?

Our Family Is So Special!

Through Fishburne’s photos, readers will meet a mother grizzly bear and her two cubs, who live in Katmai National Park & Preserve. By following the small family for five days, the photographer was able to capture see the small moments between bears that most humans do not get to enjoy.

Pulitzer Prize-winning poet Forrest Gander’s new book of poems draws upon his scientific training in geology to focus on the connection between people and the planet. Gander looks at personal and environmental traumas and reveals unexpected connections between them.

In her second book of poetry, Diana Haemer explores her life and its connection to nature, family, love and loss through a variety of poetic styles, including sonnets and haikus. The book features poetry she’s written over the last six years.

Living History in the Classroom: Performance and Pedagogy

As most W&M alumni can attest after living near Colonial Williamsburg, learning through listening to stories and interacting with historical interpreters is an interesting, effective way to take in and absorb knowledge. Lisa Heuvel, a professor at Christopher Newport University, edited a new book designed to help K-12 history and social studies teachers make their subjects engaging to students through storytelling and interpretation.

The Power of Adrienne Rich: A Biography

By accessing Adrienne Rich’s letters and other unpublished sources and interviewing numerous people who knew her, Hilary Holladay has created the first comprehensive biography of poet, feminist and icon Adrienne Rich.

Congress's Own: A Canadian Regiment, the Continental Army, and American Union

The amazing true story of the most geographically, culturally and ethnically diverse Continental Army regiment comes alive through Holly Mayer’s new history book. Colonel Moses Hazen’s 2nd Canadian Regiment, one of the first “national” regiments in the American army, was comprised of soldiers from Canada, eleven states and other areas around the world, and, therefore, faced issues other regiments did not and responded to the historic events around them differently.

Using the COVID-19 pandemic as an overarching example, Greg Pence offers a history of pandemics, an analysis of the ethics involved and the best practices and policies government and health care workers should implement in the case another pandemic surfaces.

Geniuses at War: Bletchley Park, Colossus, and the Dawn of the Digital Age

Discover the inside story of Alan Turing, engineer Tommy Flower and their team who worked together during WWII to create the world’s first digital electronic computer and decrypt a code more difficult than the Enigma cipher.

Manteo’s World: Native American Life in Carolina's Sound Country before and after the Lost Colony

What was it like for the Indigenous people along the coast of North Carolina as Europeans arrived and built what would become the “Lost Colony” of Roanoke? Rountree mixes detailed historical research with compelling narrative to provide insights into the social, political and religious lives of Native Americans before, during and after colonization.

Silence in the Library: A Lily Adler Mystery

The second book in the in the Lily Adler mysteries series finds the widowed detective enjoying her new life in London until a surprise visit from her father. When Lily discovers the husband of a newly married friend has been murdered, she steps right in to help solve the mystery.

Using his 25 years of experience as an DEA agent, Scott crafted a crime novel about the opioid epidemic and its impact on one town — Angel, Kentucky — during a single day. The murder of an entire local crime family brings together three disparate people — a medic, a DEA agent and a former police chief — to solve the mystery and clean up the aftermath.

Take a step back in time to Chicago in the 1920s as young widow Maddie Pastore takes an odd job as an investigator for a fake medium to support herself and her baby. She uncovers a mystery during her work that puts in her danger, but Maddie must push on to save herself and her child. This book is the first title of a new mystery series featuring indefatigable sleuth Maddie Pastore.

In the eighth Madison Night book, amateur detective Madison goes back to school to earn an MBA after she loses her interior design business in a legal dust-up, only to find her professor murdered. When the class resumes with the dean filling in for the professor, Madison works hard to succeed in the classroom and to find who killed her teacher.

Four talented, creative women helped the Rolling Stones become one of the most iconic bands in the world through their behind-the-scenes work in styling, remixing, networking and song writing. Winder’s biography of Marianne Faithfull, Marsha Hunt, Bianca Jagger and Anita Pallenberg provides an in depth look at how these impressive women aided in making the Rolling Stones internationally famous and staying relevant over the decades. 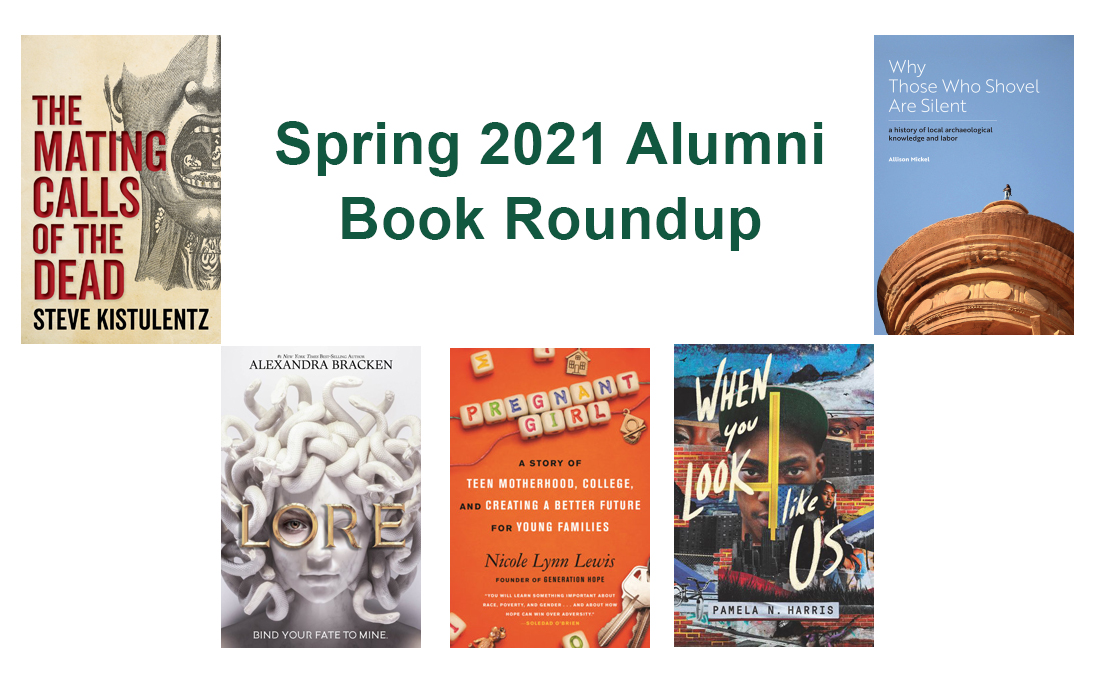 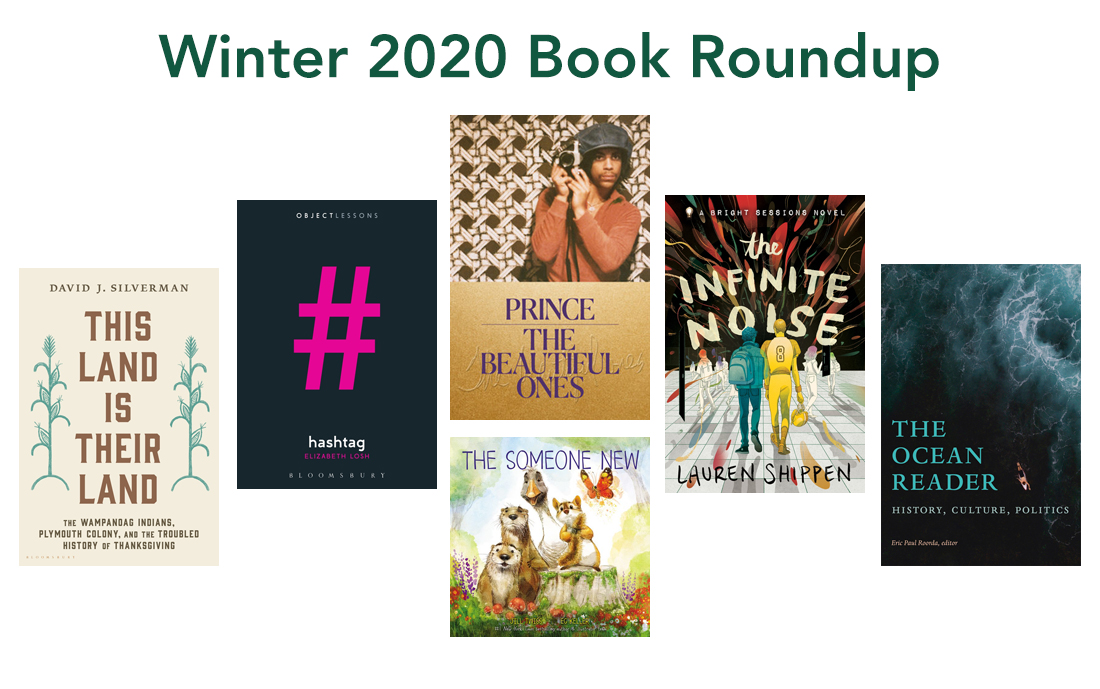 Enjoy a blizzard of William & Mary alumni and faculty books

Grab a cup of your favorite hot beverage, prop up your feet and get lost in the warmth of a good book by W&M alumni and faculty, the latest collection profiled here in the W&M Alumni Association Magazine's quarterly book roundup. 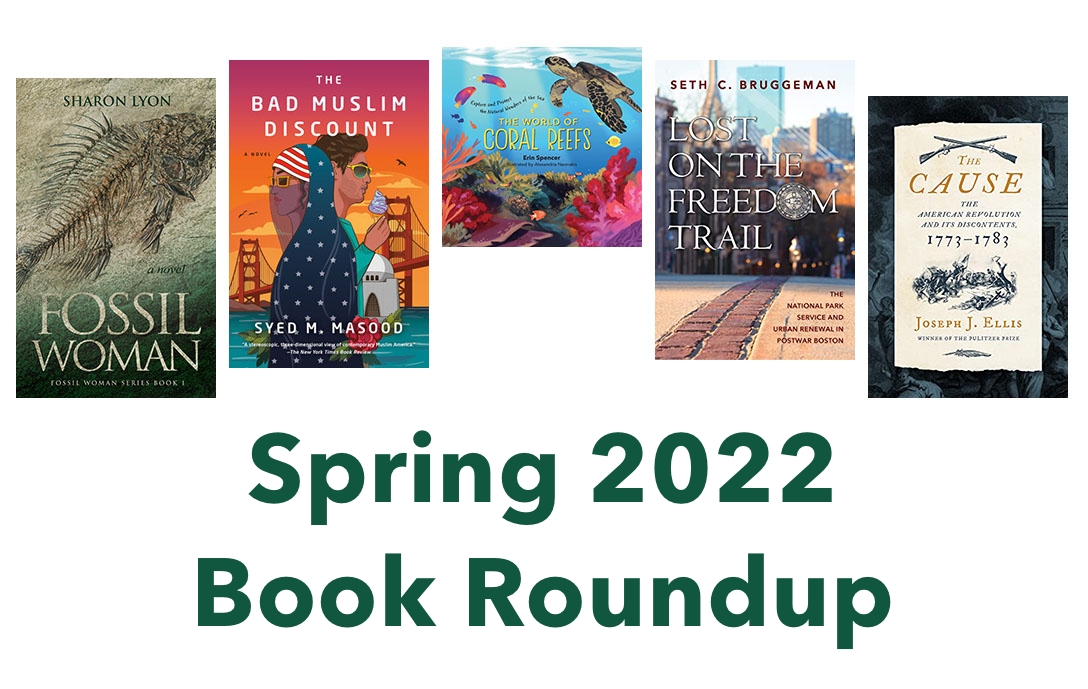 A Pulitzer Prize winner’s in-depth research on the Revolutionary War, a family’s adventures traveling across North America in a camper van, a torrid romance and the wonderful world of coral reefs are among the subjects featured in this quarterly selection of titles by William & Mary alumni authors.