Whether you’re warm inside by a fire or taking a long ride on a ski lift, winter is the perfect season to curl up with a book. Have no fear; William & Mary alumni and faculty have readers of any age and interest covered with a bevy of new books — some small enough to fit in a reader’s pocket as she skis the slopes and others long enough to entertain readers inside by a fire.

The Adventures of Kirby: My Mom and I by Vicky Holt Abramson ’74

Yorkshire terrier Kirby narrates an adventure-filled story starring him and his mom. The book explores the deep connection the mother and dog son share, and it is beautifully illustrated by Bryan Chung. Try to find the dog toy hidden in each illustration.

Charles Barnes channeled his inner Thoreau to write “Concord Lyrics,” a book of poetry focusing on nature and philosophy in honor of the Thoreau Bicentennial. His poetry received a warm reception at the numerous bicentennial events where he gave recitations. The book is available for purchase directly from the author.

The Last Life of Prince Alastor by Alexandra Bracken ‘09

The second book in bestselling author Alexandra Bracken’s Prosper Redding series ratchets up the tension in the journey of the demon Prince Alastor and Prosper Redding. The enemies, forced together in an effort to save Prosper’s sister, must learn to work together in an ever-changing world or fail in their important mission.

Imagine It Forward: Courage, Creativity, and the Power of Change by Beth Comstock ’82 and Tahl Raz

From her role as shy publicist to General Electric’s first woman vice chair, Beth Comstock hasn’t feared taking on challenges and learning from them. In her role at GE, she incorporated lessons about being proactive with change and not being afraid to take risks into how the company was run. This led to drastic changes at the 125-year-old company, including GE’s Ecomagination clean-energy brand and NBC’s digital transformations. Learn how to survive and thrive in an ever-changing work environment in Comstock’s new book.

“Armageddon Insurance” takes an intense, captivating look at the history of the arms race between the United States and the Soviet Union during the Cold War. Given the current political climate, the author’s examination of how politics and power struggles triggered much of the arms race will make readers think.

In her latest collection of poems, Jean Kreiling celebrates art, music and literature. Interestingly, she often matches the style of the artist, writer or musician in her poetry about them. For example, in her poem mentioning Edward Hopper, her language is spare and precise, much like his paintings. Lovers of art — written, played or painted — will enjoy this collection.

Uncle George and Me: Two Southern Families Confront a Shared Legacy of Slavery by Bill Sizemore ‘71

Bill Sizemore wants to start an important and painful national conversation about race, and he is starting the conversation by sharing the story of his own slave-owning ancestors, their slaves and those slaves’ descendants. He hopes by beginning the conversation — one allowing participants to work through the affiliated shame and historical amnesia — readers will come away with a realistic view of history and how it impacted human relations.

Art history and American studies professor Alan Braddock’s new book takes a critical look at American art from the colonial period to today through an environmental lens. In addition, the book provides a history of how artists felt about environmental issues and expressed their beliefs in their work.

English and American studies professor Robert Scholnick explores the influence of a great debate of Edgar Allen Poe’s age — religion versus science — and how this debate impacted Poe and his writing.

The Company They Keep: How Partisan Divisions Came to the Supreme Court by Neal Devins and Lawrence Baum

Contrary to the popular belief that Supreme Court justices are swayed by politics, Neal Devins and Lawrence Baum argue that justices are pressured more by social forces in the legal world than by political pressure. Devins, the director of William & Mary’s Institute of Bill of Rights Law, and his co-author use research to show how social networks influence polarization on the Supreme Court.

Albert Luthuli, Africa’s first Nobel Peace Prize winner and president of the African National Congress from 1952 to 1967, has largely been forgotten by history. W&M professor Robert Vinson aims to rectify that in his new book — a multi-faceted, extensive history of Albert Luthuli and his legacy.

In other book news, congratulations to Wilford Kale ’66, whose book “From Student to Warrior – A Military History of the College of William and Mary” was a finalist for the American Book Fest’s 2018 International Book Award in the military history category. 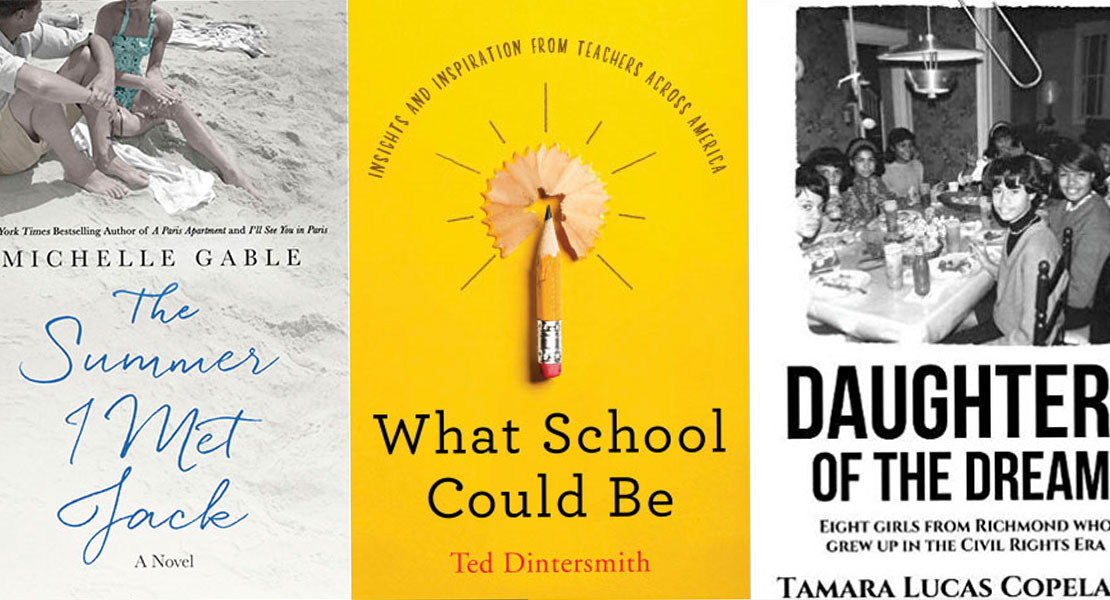 Summertime is ripe with books by William & Mary alumni. In The Gale quarterly roundup of recently published books authored or co-authored by W&M community members, readers will be sure to find great beach reads to end the summer on a sweet note and thoughtful reads to start the fall off right.