Like fine wine, oysters take on the flavors of their place of origin — from briny to sweet. What if more restaurant servers could describe these subtle distinctions to their customers, as they would with a wine list?

That’s the idea behind an innovative research study at William & Mary’s Virginia Institute of Marine Science (VIMS), testing the marketing power of oyster education for restaurant workers in Virginia and across the southern United States. The program is just one small ingredient in VIMS’ comprehensive new Shellfish Aquaculture Program, led by Acuff Professor of Marine Science Bill Walton. The program takes cutting-edge scientific research — everything from genomics to machine learning — far beyond the laboratory. It also exemplifies William & Mary’s commitment to finding solutions that will increase the resilience of coastal systems in Virginia and around the world — one of the four cornerstone initiatives included in the university’s Vision 2026 strategic plan.

“There’s the biological side — how do we increase the yields and quality of shellfish, and their sustainability?” says Walton, who came to VIMS in summer 2021. As Walton explains, the program is also adding human capacity, with new workforce development initiatives for the shellfish aquaculture industry.

“You then need customers,” he continues. “So the third leg of our program is increasing consumer awareness and demand. The presumption — which we’re testing — is that if consumers have good information about farmed shellfish, more often than not, they’re going to buy those shellfish.”

Aquaculture, the commercial cultivation of shellfish and finfish, is an expanding worldwide industry currently valued at more than $200 billion annually. In addition to its economic importance, aquaculture also provides significant environmental benefits by protecting wild stocks from overfishing.

Researchers at VIMS are making essential contributions to the sustainability and growth of the global aquaculture industry, including a focus on the impacts of environmental challenges such as increasing acidity in the world’s oceans, which threatens the microscopic juvenile life stage of mollusks like clams and oysters.

“Working with farmers on how to adapt to those changes is a vital role for VIMS going forward,” Walton says.

The centerpiece of the aquaculture program is the newly opened Acuff Aquaculture Center on VIMS’ Gloucester Point campus, a 22,000-square-foot, state-of-the-art research hub funded with $21.7 million in state support. The facility honors the exceptional leadership of A. Marshall Acuff Jr. ’62, L.H.D. ’07, P ’93, and is named for the Acuff family.

Rector of William & Mary from 1996 to 2000, Acuff has provided decades of service to the university, including chairing the VIMS For the Bold campaign committee, serving on the William & Mary Foundation board and as president of the W&M Alumni Association Board. An Eastern Shore native who harvested oysters alongside his father, he became an early investor in VIMS’ aquaculture program, establishing the A. Marshall Acuff, Sr. Memorial Oyster Research Fund in his father’s honor.

“The Acuff Center will help cement the reputation of VIMS and Virginia as global leaders in sustainable shellfish aquaculture,” says Derek Aday, dean of the School of Marine Science and director of VIMS. “William & Mary recognizes the impact of this gift, and we’re especially grateful to Marshall Acuff for his help in taking our research program to the next level.”

“The project will give new insights into how temperature, salinity and disease pressure all interact with evolutionary history to determine fitness in the field. It’s very exciting to be part of,” says Jessica Small, the ABC’s director.

“Using the Acuff Center, we’ll be bringing in stocks of oysters from a number of locations on the East Coast for spawning, and then will deploy them to common environments for sampling, measuring and genetic analysis. The resources of the Acuff Center are really what’s going to make this possible,” she adds, noting in particular the center’s 20 independently controlled brood stock tanks.

Small’s team is also part of a 12-member Eastern Oyster Breeding Consortium working on a five-year project funded by the National Oceanic and Atmospheric Administration, advancing research centered on the sequencing of the oyster genome in 2012.

“We are looking into the feasibility of genomic selection for oyster breeding,” Small says, which has potential to significantly improve rates of genetic gains in economically important traits like survival and meat yield. Other consortium members are looking for specific DNA regions associated with important traits such as resistance to pathogens and ocean acidification.

The genomic study builds on decades of research at VIMS that pioneered the shellfish aquaculture industry, including the development of successful techniques to grow hard clams. After two parasitic diseases, Dermo and MSX, decimated the Chesapeake Bay’s oyster population between the 1950s and 1980s, VIMS pathologists and geneticists led by Professor Stan Allen spearheaded the extraordinary revival of the industry by developing fast-growing, disease-resistant oyster strains. As a result, Virginia is currently No. 1 in the U.S. in hard clam production and No. 1 on the East Coast for production of the eastern oyster.

That rich history allows for retrospective research that can influence the future of aquaculture. Using oyster tissue samples dating back to 1960, VIMS Professor Ryan Carnegie — a renowned expert in shellfish diseases — recently published a groundbreaking study in Scientific Reports upend- ing the established explanation for the intensifica- tion in the 1980s of Dermo. His findings showed clear evidence that evolutionary, not atmospheric, changes were the culprit.

“The first slide we looked at was the eureka moment. The old parasite didn’t look anything like it does today,” Carnegie says.

“We don’t always appreciate that there’s an evolutionary aspect to the interactions between the pathogen and host. These relationships are an ongoing dance,” he says. “I think that’s one of our unique contributions to this area of science in recent years.”

Carnegie is taking immediate advantage of the Acuff Center facilities as part of a new Regional Shellfish Biosecurity Program.

“Diseases are the most immediate and signifi- cant threat to aquaculture, wherever it’s conducted in the world,” he says. “We need to better under- stand how hatcheries are effectively excluding the environmental pathogens out there in the natu- ral waters, but also what’s going on that’s unique inside these systems, in terms of viral and bacterial diseases, so we can minimize disease impacts on hatchery production and seed commerce.”

For Carnegie and his colleagues, the opportu- nities ahead for the VIMS aquaculture program hold tremendous promise. “What’s really exciting is the opportunity to frame this in a much larger and socially relevant way, thinking about how aqua- culture is integral to the sustainability of coastal societies into the future,” he says.

“There are all kinds of connections that we can make across the broader William & Mary campus community — in social sciences, humanities, busi- ness, law, the School of Education. There is some- thing in this for everybody.” 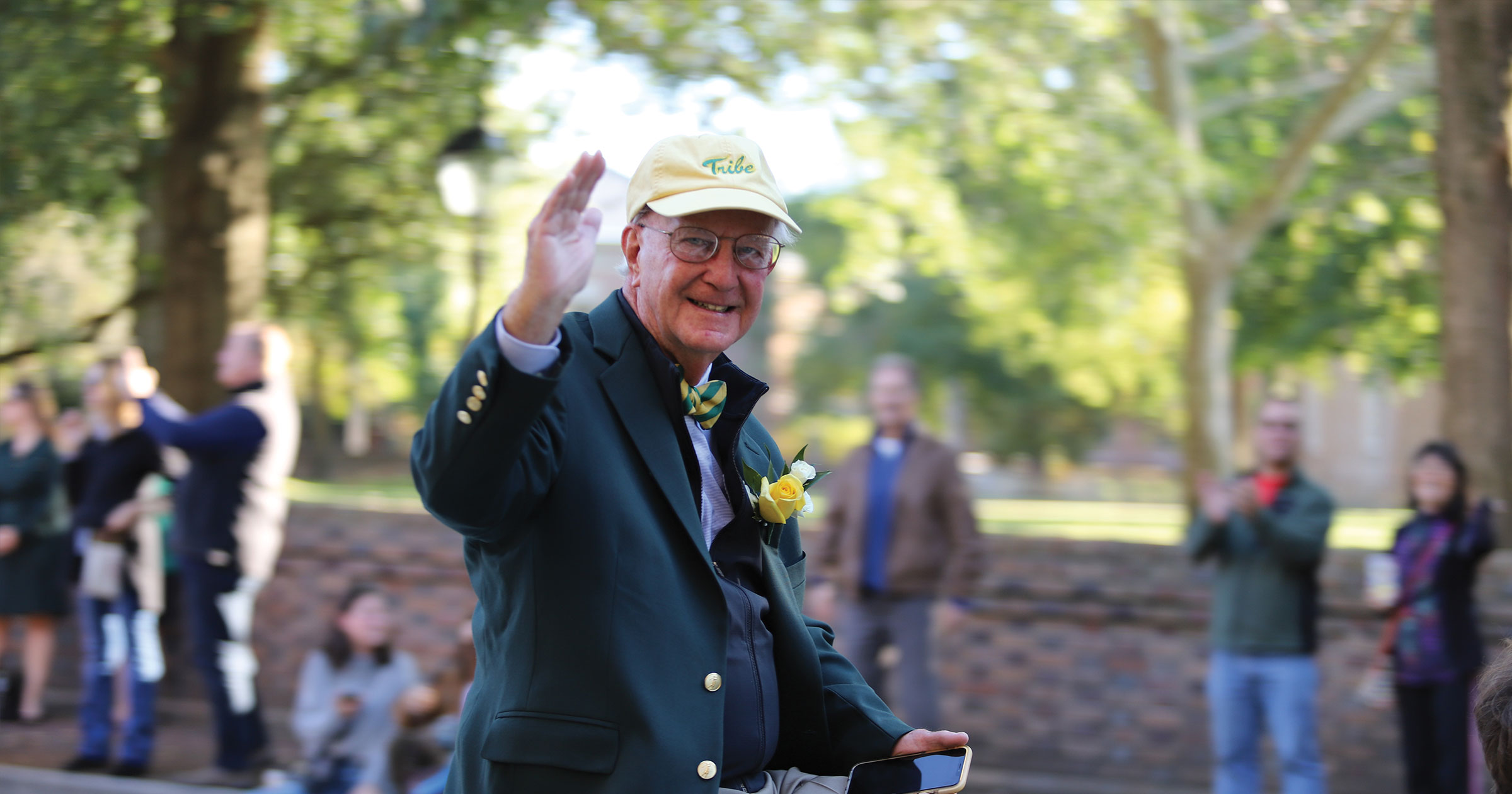